Posted: Dec. 9, 2020 7:13PM
CHEK
WatchA new report from UVic's Canadian Institute for Substance Use Research shows just how the pandemic is changing our habits.
Liquor sales are up across Vancouver Island and more than ever, people are drinking at home, a recent study suggests.

Liquor sales are up across Vancouver Island and more than ever, people are drinking at home, a recent study suggests.

A new report from UVic’s Canadian Institute for Substance Use Research shows just how the pandemic is changing our habits.

“We have more ethanol in our bodies in 2020 than we did in 2019, and that has health and safety implications.”

As restrictions increased at the start of the pandemic alcohol sales also increased, up by 30 to 40-percent.

Then sales levelled off, but in early April, they spiked again.

According to the CISUR, private liquor stores saw sales up 18.5 per cent from March-July compared to 2019.

At government stores — which don’t deliver — sales rose only by about eight percent.

Private stores deliver their own product to private homes, and delivery apps such as Skip the Dishes, make it easier to order alcohol.

However, Stockwell said that’s leading to unhealthy habits during a pandemic.

Jeff Guignard, executive director of the Alliance of Beverage Licensees, agreed that consumption is up but attributed the increase to changing consumer patterns.

“We’re just responding to different consumer habits. And how people want to consume, and how they feel they can stay safe during this pandemic,” he said.

Meanwhile, researchers say policy changes could help curb alcohol consumption, long after this pandemic is over. 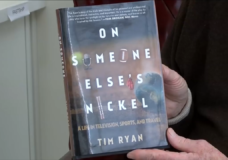 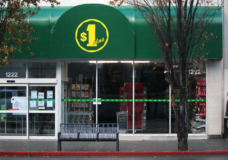