Lines of people turned away from Trudeau’s Nanaimo town hall

WATCH: Crowds estimated in the thousands lined up early Friday morning to get into the Nanaimo town hall with Prime Minister Trudeau. So many that people were turned away at the doors. Many were there to hear what he had to say, but even more had issues they wanted to take up with the PM. Sky Ryan reports

As Justin Trudeau’s motorcade approached Vancouver Island University Friday, excitement grew in the crowd lined up to see him.

“We’re waiting for you,” called out one group of onlookers.

Some had been gathered in the cold for five hours to catch a glimpse of him, others were there to give him a piece of their mind.

“He might be coming out in a second, so hopefully. I kinda want to yell at him,” said VIU student Gabrielle Kavanagh who wanted to appeal for more money for healthcare.

Thousands lined up for blocks around Vancouver Island University, bringing issues close to their hearts. Each person Hoping to get the Prime Minister’s attention and get into the gymnasium that holds only 1200 people.

“Do you think this will be a friendly crowd?” we ask Joe Starr, as he waits in line. “I hope not… respect is earned not given.”

“I think it would be nice if they had a larger venue,” said Nanaimo Resident Dale Dalen, “It seems manipulated.”

“This is incredible I can’t believe there’s this many people,” said Nanaimo resident Amber Cammish.

The Kinder Morgan pipeline, and the Prime Minister’s pledge in Alberta Thursday that it will be built, is on top of many people’s list of issues.

For the many in line scrambling for a brief shout and glimpse of Justin Trudeau as he entered the gym, would be as close as they would get.

“We love you,” yelled people as he went in to VIU.

For some that brief glimpse was enough, but for many others turned away at the doors due to lack of room inside, it only confirmed their fears that their voices out here are not being heard. 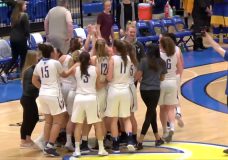 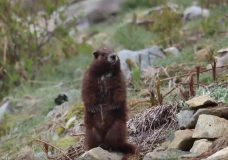