B.C. Liberals say NDP platform will raise taxes for everyone

But the Liberals say the cost of all the expensive NDP election promises will have us all paying the price.

“To suggest all these things can happen and they’ll be no consequence to the B.C. taxpayer is misleading,” says finance minister and Liberal candidate Mike de Jong.

The Liberals say the only way to freeze hydro rates and ferry fares and scrap bridge tolls and the MSP is to raise taxes ? for everyone ? not just high income earners and corporations, like the NDP are promising to do.

The NDP went on the offensive, holding their own media conference 90 minutes before the Liberals critiqued their platform Wednesday afternoon.

“It’s completely costed, you can take a look at the platform on the website,” James told reporters. “We list every promise and commitment.”

But the $1.7 billion it will cost to completely eliminate the MSP, which the NDP have promised to do within four years, isn’t in their three year budget.

“You’d have to increase PST by 2 per cent, raise personal income tax across the board by 20 per cent or corporate tax by over 50 per cent,” de Jong says.

“When your debt starts to grow at rates proposed, like has happened in Alberta, we’ll be paying way more to the banks,” says de Jong. “That’s what B.C. has to look forward to.”

But the NDP say the Liberals are just trying to deflect attention from the bigger issue.

“Under Christy Clark, our province has had the worst record of wage growth in any province in Canada,” James says. “We are dead last.”

In less than three weeks, it will be up to voters to decide who to believe. 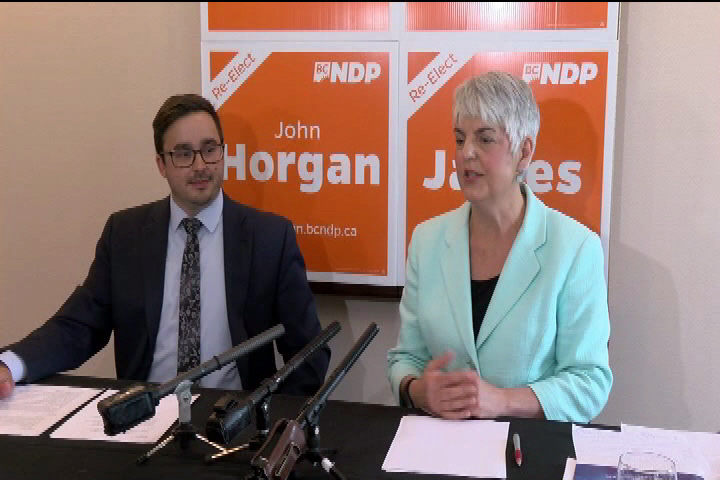 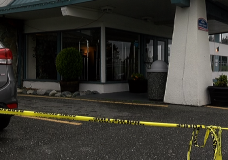 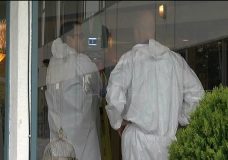 One man shot, and killed, in lobby of Nanaimo hotel