The entrepreneur and father handily beat out his NDP and Conservative rivals to take the seat northwest of Toronto.

While economic and environmental issues were a top priority for many voters, immigration and racism were also on their minds. On that score, the Liberals under Justin Trudeau clearly held the edge.

“Immigration is an important part of our economy,” Jag Nijjar, a businessman, said. “(People here) recognize maybe not what Trudeau, but Trudeau’s dad did and there’s still a lot of favour towards both of them.”

Sidhu takes over from Independent candidate Raj Grewal, who was elected Liberal in the last election but left caucus over gambling issues.

For Prabhjeet Singh Garewal, the main issue in the campaign was the environment. The Liberals, he said, were vocal about the issue while the Conservatives simply didn’t want to talk about it.

At the same time, Garewal said he was partial to the Liberal approach to immigration, but not what he felt was the anti-immigrant sentiment that emerged during the campaign.

“The (People’s Party of Canada) stirred it very much,” Garewal said. “But the Liberals have been very liberal about that. They have been very open. Their policies are good.”

Speaking after his victory, Sidhu said constituents were happy with the Trudeau government’s performance and social policies, such as the child benefit and student grants — key issues in a riding with an average age of 35.

On the other hand, he said, they clearly were turned off by what they’ve seen of the federal Conservatives’ provincial counterparts in Ontario under Premier Doug Ford.

“The biggest issues were the Doug Ford cuts to health and education,” Sidhu said. “That kept coming up over and over again.”

High school student Harsimran Singh said she was “unfortunately” not old enough to vote but that didn’t stop her volunteering for the New Democrat candidate, Saranjit Singh, who was neck-and-neck with Tory Ramona Singh for second place in Brampton East.

Singh said she liked what she heard from New Democrats on housing affordability and cheaper cellphone plans. But she didn’t like what she heard at some doorsteps.

“I went out door-knocking and a bunch of people told me, ‘Oh, Jagmeet couldn’t be the prime minister because he has a turban on. That’s not what Canadians are supposed to look like’,” Singh said. “I’m like, ‘A Canadian looks like anything, right? There’s no definition of what a Canadian has to look like’.”

Ultimately, Nijjar said, people in Brampton — no matter where they came from — want to be able to get to work from what has become a fast-growing bedroom community. There, too the Liberals impressed, he said.

“We want to make sure that the transportation facilities are available to Brampton to be able to connect to the 416 (area),” Nijjar said. “I’m happy that Mr. Trudeau came by and gave the blessing to the Ontario Line.”

The so-called Ontario Line is a proposed subway line that would run for nearly 16 kilometres from Ontario Place in west Toronto to the Ontario Science Centre in the east.

Nijjar also said it was no surprise — given the policies of Ford’s Progressive Conservatives — that the Tory candidate in the riding was an also-ran.

“Brampton doesn’t seem to work well with them,” he said.

This report by The Canadian Press was first published on Oct. 21, 2019 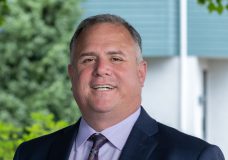 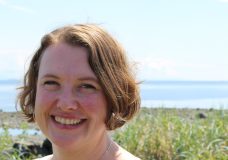