A wildfire sparked Sunday near West Kelowna, B.C., now covers at least two square kilometres and has forced evacuations in a large neighbourhood within the City of West Kelowna.

The out-of-control wildfire was first spotted between Peachland and West Kelowna, just north of a major highway, and had forced nearly 500 evacuations within hours.

The aggressive Mount Law fire is one of several that flared overnight, including one now raging on both sides of the Coquihalla Highway between Merritt and Kamloops, closing that key link to and from the B.C. Interior until further notice.

Evacuation alerts are also posted for all 7,000 residents of the City of Merritt and for more than 700 properties on the southwest edge of Kamloops as separate wildfires threaten those regions.

The 622-square-kilometre White Rock Lake fire, which destroyed homes and properties between Kamloops and Vernon earlier this month, has been challenging fire crews working to save homes along the northwest shore of Okanagan Lake.

Part of the Township of Spallumcheen was ordered evacuated late Sunday due to the same fire, while residents in nearby Armstrong must be ready to leave on short notice.

The wildfire service says nearly 270 wildfires are currently burning in all corners of the province and many — including the blaze that destroyed the Village of Lytton in June and a 316-square-kilometre fire west of Prince George _ continue to put homes and properties at risk. 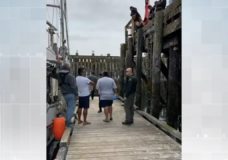 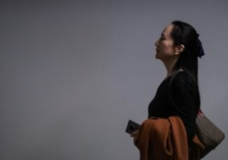