May 7, 2020 updated
CHEK
WatchCascadia Air was due to launch March 20 but is now offering to ferry essential people and supplies in the fight against COVID-19

Vancouver Island’s newest airline Cascadia Air will be based in Campbell River.

Starting an airline is an expensive proposition at the best of times but the people behind Cascadia Air say their business plan is to start with small community routes and expand from there.

“Vancouver Island is our primary market, then the plans are to migrate over to the lower mainland and from lower mainland to the Nicola Valley and then over towards the Okanagan Valley,” said Co-Founder Anthony Santiago De Aldea.

But as the airline was about to launch March 20, the coronavirus had different ideas.

“We began to see a lot of shutdowns, various economies, various industries including ours and that was really a pivoting point for our organization,” he added.

So instead of flying paying passengers, Cascadia Air is offering its planes to take part in the effort against COVID-19.

“So we prepared our aircraft to hold cargo and we prepared a separate aircraft to specifically deliver and ferry essential services and personnel as needed,” said Santiago De Aldea.

Cascadia hopes to build relationships in communities that will eventually become customers.

Cascadia’s beginnings come from the insolvency of a former island airline which highlights how risky it is to start one, but the new owners say they’ve studied hundreds of airlines across North America and think they’ve got a solid plan.

The question now is when can they put the plan into action.

“We’re certainly ready to fly passengers and it all depends on what the government says and what’s acceptable and how we go forward with that,” said Santiago De Aldea. 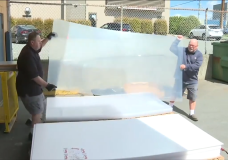 The plexiglass pivot: plastic protectors will soon be everywhere in B.C. 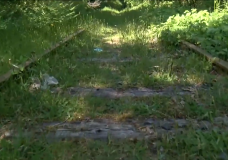