The First Nation says the foundation should now consult all the First Nations and municipal governments who own the rail line to come up with a new plan.

Last week, a provincial report revealed that to upgrade the rail line, including commuter rail between Langford and Victoria plus intercity service to Courtenay would cost $1.1 billion.

The First Nation near Nanoose Bay is a partner in the E&N’s ownership and says it’s time for a new plan.

“We see no indication from government investing in that so at what point does that board of directors explore alternative uses,” said Edwards.

The Nanoose First Nation currently has a court case against the Island Corridor Foundation, which owns the rail line. It’s awaiting the decision. It contends if the 10-acre rail line through their First Nation isn’t being used for rail, as was the purpose when it was expropriated, than it should revert ownership back to the Snaw-naw-nas.

Edwards says the citizens of Vancouver Island should be making the decision about the future of the rail line “taking into account some of the hard discussions that need to happen within First Nation communities.”

Since the report was released, the Island Corridor Foundation has maintained the report means it could realistically get freight and rail service going for just $254 million

The foundation’s chairperson, Judith Sayers, says its mandate has always been to restore rail service to Vancouver Island.

“We at some point we may have to look at taking up the track but it’s not today and its not tomorrow and it’s the choice of island residents at some point but our mandate is to get rail and it’s not unreasonable,” said Sayers.

Sayers says the cost of pulling up the rail line and paving a path has never been calculated but she says that too would be substantial.

The Island Corridor Foundation‘s annual general meeting is happening Thursday, May 7 at 10 a.m.. It will be live-streamed for members of the public who want to watch. 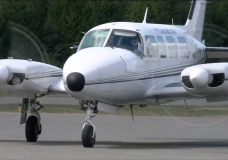 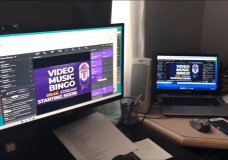