Investigators hope a financial incentive may lead to more information about a Nanaimo woman who went missing nearly two decades ago.

Lisa Marie Young went missing in Nanaimo in 2002. On June 30, of that year, the 21-year-old was out at a bar with friends before going to a house party. She left with a man in a Jaguar before calling a friend back at the party.

“She goes Dallas ‘I don’t know what’s going on. This guy won’t bring me back,'” said the late Dallas Hulley in an interview in August 2002.

What happened then to Young remains a mystery, but investigators believe she was met with foul play even though they’ve never found her remains.

Cyndy Hall, who has been advocating on behalf of Young for years, is among those with new hope there may be a break in the case.

“The reward would be for information leading to Lisa’s body. It won’t be for anything else like information about where she might be. The person has to lead the police to Lisa’s body and then they’ll be able to collect the reward,” said Hall.

No one has ever been charged in connection to her disappearance, but now with a large sum of money being offered as a reward, there’s new hope for a resolution.

A donor who wants to remain anonymous is giving $50,000 dollars U.S. for the information.

“We believe there are still witnesses out there that have information that they’re potentially holding back from us for various reasons but we’re hoping that this might be enough to encourage some of those people to bring those final pieces forward to us,” said Cst. Hayley Pinfold, another investigator on the case from Nanaimo RCMP.

While the reward offering is independent of police mounties believe finding her remains is the break they need.

“Significantly important. It’s real tangible evidence and material things that can further the investigation. It can lead to a lot of new avenues of investigation,” said Muntener.

Nanaimo RCMP has been actively investigating what happened to Lisa Young. Searches have been done on properties in the past few years.

Young’s auntie says her family is grateful to the person putting forward the reward.

“Somebody knows something and hopefully and maybe this will help bring them forward and that’s all we want it to bring Lisa home,” said Carol Frank, Lisa Young’s Auntie.

Hall believes the financial incentive may be the tipping point for someone holding key information.

“I believe there’s somebody out there with information that can lead us to Lisa so I think especially during COVID times I think money might just give that person an extra push to do the right thing,” said Hall. 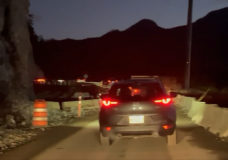 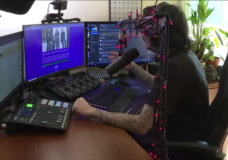