WATCH: A decades-old First World War medal mystery has been solved, thanks to some students and staff at Greater Victoria’s Belmont Secondary. Tess van Straaten reports.

They’re some of the most horrific battles of the First World War ? Vimy Ridge, Passchendaele and Flanders and Private George Alexander Doty was in all of them.

Doty, who was born in Ontario in 1897 and then moved to Red Deer, enlisted at the age of 18. But after he died in 1948, his victory medal somehow ended up in a Sooke scrap yard.

Dan Miller found it and brought it to Belmont Secondary School, so students could try and track down the war veteran’s family as part of a Remembrance Day project.

“I wasn’t absolutely sure that we’d be able to track down any descendants of Private Doty, especially after looking at the service record and tracing out where he lived out his life, finding out he wasn’t married and didn’t have any direct descendants himself,” explains Belmont teacher Chris Allen.

But after CHEK aired a story on the medal mystery, calls started coming in from across the country.

“Literally the entire country,” says Belmont library assistant Trudy Court, who started the Remembrance Day project.  “We received help from all across Canada from genealogists in Winnipeg to military members in Vancouver and they just continued to send in the information.”

It led them to Sharon Hoover, Doty’s great-niece, who had been in Victoria the whole time.

“I saw it on CHEK and it gave me the chills and I thought I hope they find the family,” says Hoover. “I had no idea it was my family.”

No idea they were looking for her family because Doty and his brothers all died without having children and the name had been gone from her family for decades.

“It took a few days to register and I still think I was in shock when I met Trudy,” says Hoover, tearing up. “I was still like is this real?”

The long-lost honour was returned to the family and it was an emotional home-coming for Hoover.

“It’s kind of hit me now and it’s really, really nice that these people did what they did,” she says. “I’m really happy somebody is remembering him.” 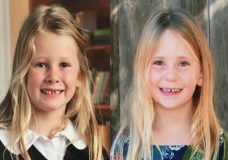 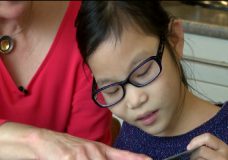