Ten-year-old Isabelle Smit is one of 20 adopted children featured in a short video that’s getting a lot of attention in China.

It’s called the 100 Kit Quest, an effort aiming to get DNA testing for 100 Chinese families to give adopted children answers about their roots.

Isabelle Smit lives with her family in Esquimalt. She was just ten months old when she was adopted from an orphanage in Chongqing, China.

“That’s the story they gave; [Isabelle] was found by that bridge,” says her mother Kristen Lundgren.

Smith has known about her adoption since she was four-years-old and finding her biological family has been a dream ever since.

“I will really curious when my mom told me about it so I was like ‘hey, mom why don’t we look for my birth mom when I’m older,” says the 10-year-old.

Her family is now on a mission to find her roots. But that’s is a difficult task for children adopted from China.

That’s why the family and 18 others from Canada, the U.S, the Netherlands, among other countries, created the short video featuring their kids. All 20 children in the video were adopted from the municipality of Chongqing.

“This search is very emotional one for all of the girls. It’s a door they want to open, they’re afraid to have open. It’s very hard because it’s essential to their identity,” adds Lundgren.

The video has gained thousands of views since being posted late November and has received Chinese media attention. It’s lead to the DNA testing of 15 families from China and counting.

Isabelle and her family are still waiting to see if there’s a match.

“I said to my mom ‘I’m a little stressed because I said I was worried [my birth mom] might not like me or maybe we don’t have anything in common,'” says Smit.

“I know for myself that my roots are important to me and I know providing her with her roots would be the greatest gift,” says Lundgren.

While they know it’s an uncertain outcome, it’s a risk the family says they are determined to take together. 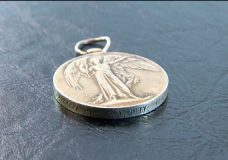 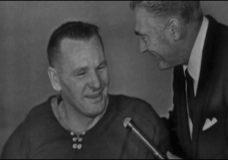