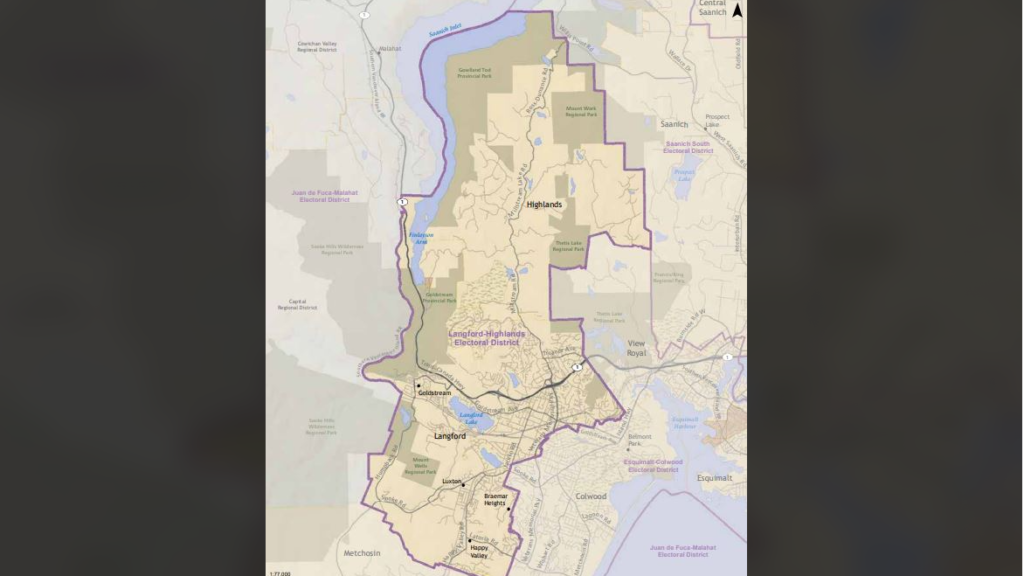 VICTORIA – British Columbia’s Electoral Boundaries Commission has released a preliminary report that recommends the creation of six new electoral districts, which would bring the total number of seats in the legislature to 93.

The commission says the proposed ridings would be in “areas of rapid population growth,” specifically Vancouver, Burnaby, Langley, Surrey and Kelowna, along with Langford, the fastest-growing city on Vancouver Island.

It is currently part of the Langford-Juan De Fuca riding, famously the home riding of B.C. Premier John Horgan, and includes Highlands, Sooke, East Sooke and the rural area between Sooke and Port Renfrew.

Under the proposed changes, Langford would continue to share a riding with Highlands, while the Juan de Fuca area would join up with the Malahat riding.

Other changes would include Vic West moving into a renamed Esquimalt-Colwood riding, and Brentwood Bay would move to Saanich North and the Islands.

Here is Vancouver Island, which would gain a new riding as well as new names for several ridings in and around Nanaimo and Langford. pic.twitter.com/uew2Yu7QPc

A statement from Justice Nitya Iyer, chair of the commission, says the recommendation is a response to B.C.’s population growing by more than 300,000 people over the last five years.

Iyer says members of the commission travelled throughout the province for input on electoral boundaries, holding 50 public meetings in 43 communities and receiving more than 1,300 submissions before they began deliberating.

The report also recommends adjustments to the boundaries of 71 electoral districts based on geographic, demographic and other considerations.

A final round of public consultations is now underway and set to close Nov. 22, and the commission says it will consider amending its recommendations based on public input before releasing its final report next April.

The new "Langford-Highlands" area will respond to rapid population growth in Greater Victoria. This will change the borders of other ridings.
Vic West will move into Esquimalt-Colwood.
Brentwood Bay will move into Saanich North/Islands. 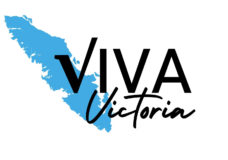 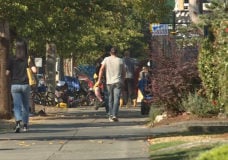