A South Island social service provider says it’s seeing an increase in violence on the streets of Victoria.

“This morning there was a stabbing on the street. Violence among family members is not uncommon, there are personal beefs and people don’t know how to handle their anger and that leads to violence,” said Grant McKenzie, communications director for Our Place.

McKenzie says new faces in town have created a power struggle among the unhoused, and drug-induced psychosis is playing a big part in what he says is an increase in violence.

“The community is shuffling a bit. We’re definitely seeing more tents on the street. That can lead to territorial disputes,” said McKenzie. “It’s disconcerting…but it tends not to involve the public for the most part, it tends to be personal vendettas.”

Victoria Police Department did not return CHEK News’ request for comment on the alleged trend.

For Fred Cameron with SOLID Outreach, the daily violence in the unhoused community is ‘the product of a system that’s not fully in place.’

“It’s tough to watch because at the end of the day it’s about lack of community and gaps in the services. Lack of housing, lack of support in every aspect,” said Cameron.

On Monday, the province announced some help within the correctional system.

“Our government is expanding community transition teams, doubling teams across the province to help even more access mental health and substance use care following their release from prison,” said Minister of Mental Health and Addictions Sheila Malcolmson from Wilkinson/Vancouver Island Regional Correctional Centre in Saanich.

The province will be increasing the number of transition teams from five to 10 so that every jail in the province has one, and will increase the amount of time former inmates can access the services from 30 days to 90 days.

Steve Pelland, a peer support worker who was in and out of the prison system for two decades, says a community transition team saved his life. He’s now two years sober, offering help to others that he once received.

“Just having that person that can actually literally walk beside you and support you, take you to treatment take you where you need to go make sure medical appts are met and that kind of stuff, is paramount, it’s a huge thing and it was lacking in the system for a long time so it made a huge difference in my recovery,” said Pelland.

For service providers, the announcement is a step forward, but they say much more is needed to fully address the lack of mental health services and lack of affordable housing which persist. 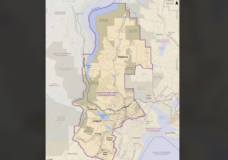 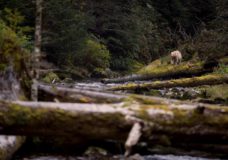