January 20, 2020 updated
CHEK
Watch As the fight to save injured and orphaned animals continues in Australia, Greater Victoria's crafting community is sewing up a storm at pouch making parties. Tess van Straaten reports.

“Everything has to be felt-seamed so there’s nothing they can catch their little nails in,” explains organizer Bonnie Harper of The Cloth Castle in Langford.

Carefully cutting fabric and stitching donated pieces of cloth together with love, they’re helping to making a difference, one stitch at a time.

“I’ve done a lot of charity stuff with quilting and this was just a way to give back to Australia, to give it back to the animals,” one volunteer says.

It’s estimated more than a billion animals have perished in the worst fire season Australia has ever seen.

Hundreds of thousands more have been injured or orphaned, and the little joeys that lost their moms are in desperate need of cozy pouches.

“The animal rescue coalition put out a call to the craft guilds and when we saw it we knew we had to do something,” says Rebecca Sky of The Cloth Castle.

They’re sewing more than 100 pouches for little kangaroos, wallabies and koalas in need.

And for Cloth Castle owner Sylvia Ratcliffe, who’s been in business for more than 50 years, it’s a cause close to her heart.

“I love those little kangaroos,” Ratcliffe says. “I was in Australia and they are really sweet. Nothing makes me happier than to be able to give back, whatever I can do, I like doing that. It’s my heart for the community.”

The first pouch making party this week at The Cloth Castle booked up in 24 hours so another one is being held January 21st.”The community’s really come through for this event and the Australian animals,” says Sky. “It’s great to see!” 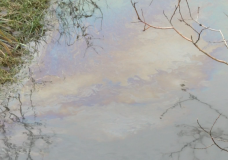 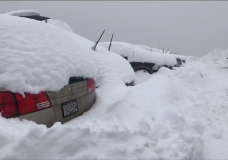