Those who are looking to enjoy Vancouver Island’s alpine backcountry are being warned, as the avalanche threat is now high.

It’s in the wake of an incredible series of snowstorms that blanketed some areas.

On her hands and knees, Mady Labountywas looking for an avalanche beacon going off in the massive snowfall atop Mount Washington.

This dig out is just a simulation, for training, but with the avalanche threat now raised for treeline and below tree line levels, it could be lifesaving drill.

“In real life it would probably stressful finding a body after an avalanche,” she said.

“Being able to practice and really get those techniques down in gonna make all the difference when you’re out there,” said Rathbone.

Avalanche Canada shared their knowledge and what equipment backcountry enthusiasts should be using at Mount Washington all weekend long —  as the threat from recent mega snow, raised danger levels for people venturing out of bounds.

“It’s really important to stay safe and know your own limits when you’re on the snow,” said Nicole Freeman from the  mountain’s resort.

Gina Godley has told her kids to stay in bounds during this threat, but is still picking up whistles that could really save them in the worse case scenario.

“In the event that their hands are stuck to their sides and the only thing they can do is blow on a whistle,” said Godley.

“It’s just that you’re on your own and you get your own fresh area to ski and actually an issue when I first took it up I thought the uphill would be tiring but it’s just real solitude and peace out there,” he said.

But with the current risk he is staying safely stayed in bounds.

“On my own I don’t feel I have enough experience at the moment,” he added.

That’s just the message Avalanche Canada is trying to get across, as mother nature puts a wallop of white stuff on Mount Washington.

With an also very real warning that avalanches may not be far behind. 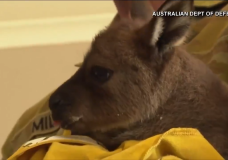 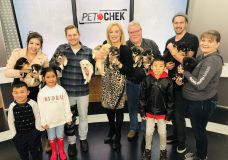 Pet CHEK: It's a puppy party with Mabel's litter and the Charlie's Angels litter