October 11, 2019 updated
CHEK
WatchIt’s not the way anyone wants to start a long weekend. For the tens of thousands who commute from the West Shore into Victoria for work -- it was total gridlock this morning. Some say, it was the worst commute they’ve seen in years. Doubling, in some cases, tripling the drive time into town. Kori Sidaway has what was behind the big delays.

It is proving to be a rough Friday morning for commuters heading into Victoria from the West Shore along Highway 1.

Lane closures and problems with traffic lights around the McKenzie Interchange construction project have caused eastbound traffic to back up for several kilometers.

Latest reports from the McKenzie and Admirals area is that the lights are working again.

The Ministry of Transportation announced that traffic would be moved onto a new overpass connecting McKenzie and Admirals at 8 p.m on Thursday.

They also warned drivers to be aware of lane closures on the Trans-Canada Highway to allow for work such as line painting to take place overnight.

It was announced that the work would be completed before morning rush hour. 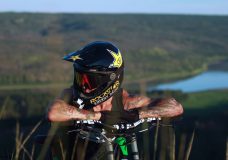