Dawne Anderson had kettles ready to go Monday for the Salvation Army’s Christmas kettle campaign fundraiser in Nanaimo, but finding volunteers to stand next to them has never been harder.

“Our volunteers are way less this year because everyone has the concern,” said Dawne Anderson, the Nanaimo Salvation Army’s fundraising co-ordinator.

As COVID-19cases surge in B.C., the charity has lost 25 per cent of its volunteers, many of them seniors.

“We’ve had many people who have been on 15, 20 years and they’re just saying this year we have to look after ourselves,” said Anderson.

It comes at a time that the charity needs all the donations it can get. Demand for the Salvation Army’s lunch and dinner service is up 30 per cent in Nanaimo since the start of the COVID-19 pandemic.

Some Nanaimo residents like CJ Callow are using the meal program for the first time to make ends meet during layoffs.

“I have no job because of it, because I lost it because of the COVID. I’m a restauranteur,” said Callow

To encourage contactless giving this year at the Salvation Army kettles, tap machines will be connected to kettle stands in Nanaimo beginning Dec. 1.

Kettle volunteers will also be six metres from the kettle to ensure physical distancing and sanitizing will be a priority after each donation.

“They won’t be standing right at the kettle stand,” said Anderson.

“But the bubble will be here. We have masks.”

Seventy-two-year-old Nanaimo resident Garnet Gauthier agreed to volunteer because of the need in the community.

“People are being laid off and so on,” said Gauthier.

“It’s a tough year this year and that’s one of the reasons I’m doing it as well,” said the Nanaimo retiree.

“I would encourage everybody to volunteer. We would certainly take care of each other,” said Corrine.

The Salvation Army’s Christmas kettles will roll out across Nanaimo on Friday in hopes that volunteers and donations will follow. 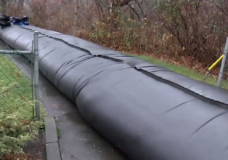 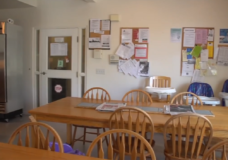