November 17, 2020 updated
CHEK
WatchThere's an uptick in demand for transitional housing in Greater Victoria during the COVID-19 pandemic, with many women escaping violence or abuse in their homes. Jasmine Bala reports.

Calls for domestic violence have increased in Victoria during the pandemic and demand for shelters and transitional housing has gone up.

“We have more clients accessing our shelter locations than ever before,” said Susan Howard, the development director at Victoria Women’s Transition House Society.

The demand has gone up so much, she added, that the society has opened up a second shelter, with about double the capacity of the first.

The original transition house had space for 18 women, but with the precautions put in place to allow for physical distancing, that number was reduced to 12.

This spike in demand, however, is fairly recent. Back in March, it was a different story.

“At the beginning of the pandemic back in Spring, it was eerily quiet at our shelter and our crisis line,” said Howard.

At the Cridge Centre for the Family, a similar tale unfolded. The shelter had already been full when the pandemic hit, but the number of incoming calls inquiring about transition house space decreased.

“In the early days of the pandemic, it was much more difficult for a woman to reach out because they were trapped in their homes and their abusive partner was likely trapped in their home with them,” explained Marlene Goley, manager of the Cridge Transition House for Women and outreach services.

But demand for the services was still there, she added, noting that the number of people calling to access outreach services increased.

Goley said there was, however, one extremely concerning difference.

“The severity of the violence and the abuse that women were telling us about [was greater],” she said. “We certainly, over the summer, had a lot more cases in which police were involved, more than we would normally.”

In March, VicPD saw a drop of 21 per cent in the number of domestic calls compared to last year around the same time. But in June, that number more than doubled, going from 14 incidents in 2019 to 33 this year.

“In a lot of these situations its all about power and control, so when a partner, a perpetrator, feels like he may be losing control – we’re in a pandemic, there’s a lot of uncertainty – that aggression can be taken out on his partner,” explained Howard.

One of the biggest challenges in keeping up with demand, Goley said, is the lack of stable affordable housing.

“Shelters are important, but the success of a shelter depends on women being able to find safe, affordable housing and move on,” she said.

With the pandemic, that’s become increasingly challenging, Goley added, as landlords may not want to meet face-to-face or rent out their spaces right now.

That has led to a lack of shelter space and a waitlist, as many women are stuck waiting in the shelter for more than 30 days while looking for a safe space to live in. 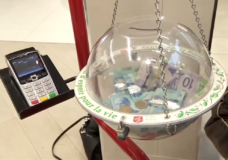 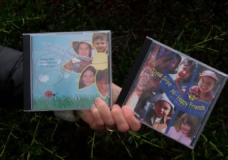