WATCH: A wildfire near Telegraph Cove has been downgraded to a Rank 1-2 fire. Dean Stoltz reports.

Thick smoke continued to rise from the burning wood and brush at the Kaikash Creek Fire Friday.

The fire is in a logging cut block about 25 kilometres south of Telegraph Cove and no buildings or communities are currently at risk.

On Thursday, the fire was classified as a Rank 3 blaze as trees “candled” in an inferno and the forest fire spread out of control.

“It was a Rank 3 fire so the intensity itself prevented the crews from actioning it safely. It was in rugged, steep terrain and the weather conditions, the wind didn’t help at all either,” said Fire Information Officer Nicole Gagnon.

Officials say firefighters implemented a controlled burn as part of their efforts.

“They used the open-controlled burn operations and it allowed the crews this morning to be able to access areas and begin working on containment.” added Gagnon.

Helicopters and ground crews fought the fire Friday and it has now been downgraded to a Rank 1-2, meaning mostly smouldering wood with spot fires.

The size hasn’t changed since Thursday and still remains at 80 hectares.

The cause is still under investigation.

Cooler and wetter weather is on the way this weekend and possibly into next week.

“We’re hearing different things in different forecasts,” said Gagnon. “We’re expecting showers in different pockets of the coastal area, it’s hard to say how much exactly so we’re not sure if that will affect the fire or not.” 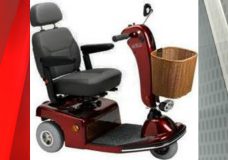 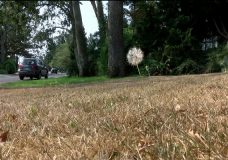