John Horgan will be first Victoria-based premier in 84 years

Walking up to the B.C. legislature on his first day as premier-designate Friday, John Horgan can’t hide his excitement.

“Help is on the way!” Horgan said.

“I think to have an Islander in the premier’s office will be good for British Columbia and good for the Island.”

After a tumultuous seven weeks and a risky power play that paid off, Horgan will go down in the history books as one of just three premiers born and raised in Victoria.

“I always wear that as a badge of honour and I’m excited to be able to bring back government to the Lower Island,” Horgan said. “We’ve had premiers for decades now from the Lower Mainland.”

That premier was Saanich MLA Simon Fraser Tolmie, who was premier from 1928 to 1933.

Boss Johnson, who left office 65 years ago, was the other premier born in Victoria but he represented New Westminster.

Holt is hopeful a Victoria premier, Island cabinet ministers and all three Green MLAs being from the Island will mean key local issues like affordability and transportation will get attention.

“All of the critical factors with regard to this incoming government are Island-based so we will be very influential,” Holt said.

As Horgan gets ready to take on the province’s top job, he says he’s committed to doing just that.

“We have an abundance of very capable MLAs from the Island that will now be sitting on the government side so a whole host of issues that I believe haven’t moved as quickly as they could have will get addressed now,” Horgan said. 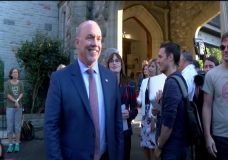 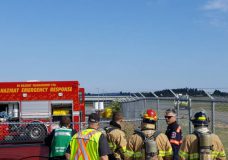