My CHEK
Live Terry Fox Telethon at 5 and 6 p.m. PDT

John A. Macdonald statue taken down from Victoria City Hall

August 11th, 2018updated
Crews hoisted the statue of Sir John A. Macdonald, Canada’s first prime minister, off of Victoria City Hall’s front steps early Saturday morning. Over 20 onlookers watched as the statue was lifted by a five-point crane, wrapped and strapped to the bed of a truck, and taken away from where it stood for more than a quarter-century. Victoria’s city council voted earlier this week on its removal as a gesture towards reconciliation. Cheers erupted as the statue was carted away, with many people visibly emotional. “I’m a survivor of the 60’s scoop. I’m just completely overwhelmed,” said supporter Bill Stewart. For Stewart, the statue he walked by on a daily basis represented a history of violence against Indigenous people and is relieved to see it removed. “The statue doesn’t belong at city hall. It belongs somewhere with proper context,” said Stewart. As Canada’s first prime minister, John A. Macdonald oversaw the Indian Acts and established the residential school system. Many onlookers said the statue was a constant reminder of a painful legacy. “When I came down here to see this take place, I came to the realization that there’s not a lot of countries that will take down colonial images of the past to take accountability. For the first time, it made me feel patriotic almost, I’ve never felt like that before. I felt pride for what’s probably the first time in my life for this country,” said onlooker Jason Smith. Not everyone was in favour of the statue’s removal. A group of protestors wrapped themselves in the Canadian flag and sang the national anthem before the statue came down. “That’s our first prime minister. Removing the statue is really not the appropriate thing to do. A lot of things could be seen as offensive. You can learn from them but they shouldn’t be taken down,” said protestor Jacob Burdge. Mayor Lisa Helps disagrees. “This is not about erasing history, we’re talking about history,” said Helps. “We’re having a conversation on the streets of Victoria and across Canada about the history of Canada… and I think that’s positive.” Protesters and counter-protesters rallied midday outside city hall, accompanied by a large police presence.

Heavy police presence outside @CityOfVictoria as protestors and supporters engage in public discussion and protest over the removal of the John A. Mcdonald statue @CHEK_News pic.twitter.com/x3GUzYRiBx


Members of the controversial group Soldiers of Odin also arrived, voicing their disagreement with the move. “We’re just here promoting free speech. I don’t think people are very happy having the statue removed in the middle of the night…I think the public should have had a say in this. This is part of Canadian history, like it or not, forget history and it’s doomed to repeat itself,” said Conrad of the Soldiers of Odin. For Helps, while the ripples of this decision have made national headlines, this remains a local issue. ‘This isn’t the call to action to remove all statues of Sir John A. Macdonald statues across the country,” said Helps. “If it’s a call to action about anything it’s to deepen the relationship between the cities and the local First Nations on whose territories the cities stand.” A plaque explaining why the statue was taken down, how it happened, and a link to more information is in the process of replacing the statue until a more permanent fixture is in place. 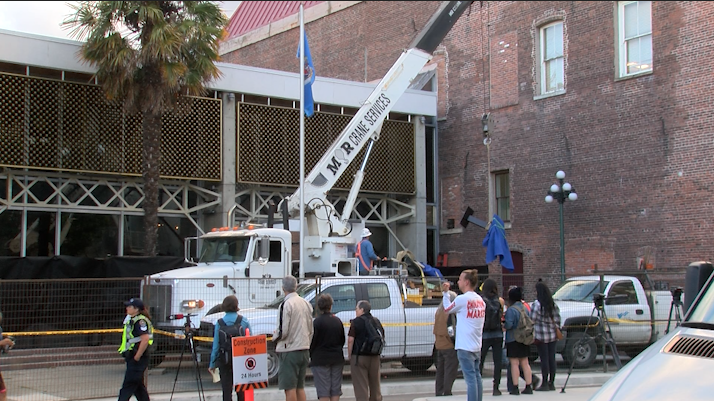 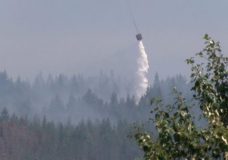