Posted: Sep. 20, 2019 5:32PM
CHEK
WatchA huge private collection of jewellery and fashion is being sold in Crofton this weekend, to benefit a young victim of a violent crime. Janelle Guyatt survived a stabbing that killed her boyfriend, but the injuries she suffered have changed the course of her life.

Beads were bursting from trays and jewelry was carted in by the carload to Crofton’s Community Centre Friday for the sale of Kristina Tkachuk’s much-loved collection.

“A lot of beautiful vintage bracelets,” said Tkachuk while surveying the room.

She’s putting her countless pieces amassed over the past 10 years up for sale to benefit a young Cowichan woman whose life has been thrown off course by crime.

“It’s just terrible that that can happen,” said Tkachuk.

Janelle Guyatt and her boyfriend, Derek Descoteau were violently attacked when they were watching movie at Descoteau’s Chemainus home in May 2016.

They looked up to find a man standing over them with a knife. Then he attacked. Descoteau died and Guayatt survived but with deep wounds that have changed her now 19-year-old life, and cut into her dream of becoming a hairdresser.

“She’s had four surgeries on her arm and she doesn’t have full mobility still,” said Tkachuk.

“So she’s going to find her way in something else,” said Janelle’s mother, Leah Guyatt.

“And this is what Kristina is doing is to help push her forward so she can find a different career.”

So all weekend long, designer shoes, scarves and things that sparkle even on a rainy day will be on sale. The fundraiser is called “Jewels for Janelle” in hopes of raising thousands to help the teen shine again.

“This is all about helping Janelle through a tough time,” said Tkachuk.

“Because there’s nothing for the victim in this case, as far as compensation goes.”

The court case against the man who allegedly attacked Guyatt continues. In August, a judge ruled the suspect, Colin John, was mentally unfit to continue with his second-degree murder trial.

Jewels for Janelle takes place at Crofton Community Centre from 10 am. to 5 p.m. Saturday and Sunday. 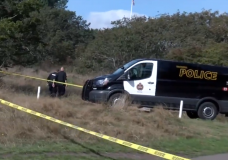 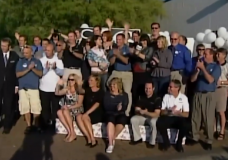 Making History: The story of how we saved CHEK News