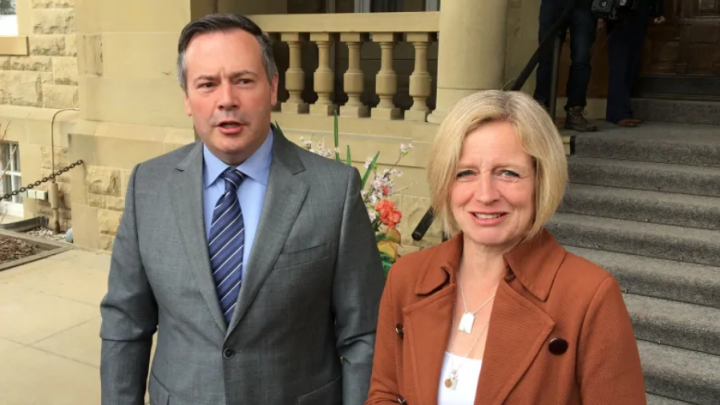 Premier-designate Jason Kenney and Premier Rachel Notley pose for media outside of Government House on Thursday before meeting to discuss the transition of power. (Kim Trynacity/CBC)

The two leaders have met at Government House in Edmonton for a briefing.

Kenney and his government are to be sworn in on April 30, with a spring sitting to begin a few weeks after that.

Notley says they discussed a number of issues, including legislation to restrict oil shipments to B.C. if that province continues to resist the Trans Mountain pipeline.

The bill was introduced and passed by Notley’s government but never proclaimed into law.

Kenney has said the first act of his government will be to bring that law into force and send a strong message that Alberta will protect its oil and gas industry. 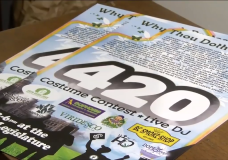