WATCH: On the heels of the biggest cruise ship to ever dock in Victoria arriving Friday, we have another busy weekend of cruise traffic. But while that may be good news for the local economy, not everyone is happy with all that comes along with it. Luisa Alvarez reports.

This weekend alone eight cruise ships will have docked at Ogden Point.

While they bring money flowing into the local economy that’s not all they bring.

Emissions coming from the ships have been a concern for several years. In 2009 the neighborhood of James Bay right in the heart of it all was as polluted as if it were located next to heavy industry.

Since then significant strides were made to improve the air quality, and continued testing shows the levels of sulfur dioxide, a byproduct of marine fuel, are at an all-time low.

But Gardiner says emissions coming from the ships aren’t the only issue.

“The issue has always been the impact of the tourist buses especially the large buses and the taxis that zip through the community and I think the real concern is that there has been very little to mitigate if any,” said Gardiner.

Gardiner says two years ago a fully electric bus came in at the end of the season advertised to help mitigate the impacts on James bay, but it didn’t since it was never actually used in the community.

She says her calls to the city or the Greater Victoria Harbour Authority have fell flat.

“There’s no reason why they aren’t cleaning up the industry. There’s no reason other than there is no will by the GVHA and the city to get this industry to be better users of our public resources our streets, our air and the noise pollution it continues and there is no reason for it,” said Gardiner. 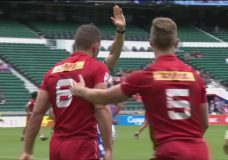 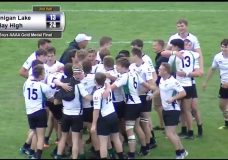