September 1, 2021 updated
CHEK
WatchA disturbing and dangerous trend south of the border has flooded Vancouver Island feed stores. People on the Island are buying up the horse dewormer ivermectin in huge numbers, believing a false claim that it can cure COVID-19. Skye Ryan has more.

A false claim circulating online and spread throughout North America about a horse dewormer — called Ivermectin — has reached Vancouver Island.

In fact, so many people have bought into the dangerous myth about ivermectin being an alternative to COVID-19 vaccination that the product has completely disappeared from store shelves on Vancouver Island.

“That medicine isn’t available for animals because people are taking it without any basis for doing so whatsoever, responding to fake news and phony information. So it’s the animals that are suffering,” said Kelvin McCullough. Buckerfield’s chief executive officer.

Buckerfield’s operates feed stores across Vancouver Island and throughout B.C., and McCullough says the false claims about ivermectin being a cure for COVID have been going on for months.

“Store staff overheard commentaries about people making claims that it was in use in Saskatchewan and it was generally accepted as medication for COVID,” he said.

According to McCullough, workers said it started with people coming in one by one, to buy the product and then it grew. Demand is now at the point where staff explicitly ask the customer what they intend to use it and will decline to sell it if they don’t believe the story.

“Ivermectin is for a worm parasite. It is not for human viruses and I would consider it foolish and dangerous to be taking ivermectin,” said McCullough.

According to the BC Centre for Disease Control, between March 1 and Aug. 30, 2021, nine cases were reported to B.C.’s Drug and Poison Information Centre of people who ingested Ivermectin and became sick after taking it.

Health Canada on Tuesday issued a statement warning Canadians not to consume either the veterinary or human drug versions of ivermectin to prevent or treat COVID-19.

“There is no evidence that ivermectin in either formulation is safe or effective when used for those purposes. The human version of ivermectin is authorized for sale in Canada only for the treatment of parasitic worm infections in people,” Health Canada said in a bulletin posted on its website Tuesday.

Health Canada says the veterinary version of ivermectin, particularly at high doses, can be dangerous for humans and may cause serious health problems that include vomiting, diarrhea, low blood pressure, seizures, and even death, among other things.

Demand for the livestock product in the United States has become so high that the U.S. Food & Drug Administration has issued a similar warning. It comes as a poison control hotline in Alabama says it has received 24 calls about possible poisoning with ivermectin, of which, 15 were related to COVID-19.

Canadian doctors say they are shocked that the false claims have spread here.

“It’s becoming increasingly astonishing to us that patients are actually requesting this treatment from us, even though there’s no human benefit,” said Dr. Michael Chatenay a Surgeon at the Grey Nuns Hospital in Edmonton. 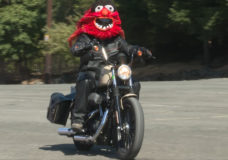 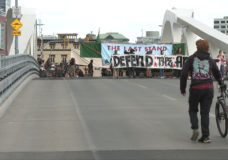