‘It’s bitter sweet’: on 4/20 hundreds take to the legislature lawn to both celebrate and protest

WATCH: On what used to be a day of defiance across the country crowds gathered on the legislature lawn to celebrate 4/20. For the first time ever cannabis is legal but as Luisa Alvarez tells us, organizers say it’s still very much a protest.

For decades 4/20 has been a day to protest cannabis being illegal. But despite it being the first year marijuana is actually legal in Canada the event is still as vibrant as ever.

“It does seem pointless and it’s terrible when you are walking to down the street to have pot in your face,” said one passerby.

But those attending say there is still plenty to protest.

“A lot of people are protesting the legalization because a lot of the rules and laws they put in place actually make it more criminal than it was prior,” said Kirstie Rebneris.

“Prohibition 2.0 in a sense is what we call it but at the same time there has been a huge shift and legalization has happened and cannabis is being accepted now in a way it never has been before,” said Smith.

There is a lot to see but you can’t actually buy anything. The B.C. Legislature allowed the event on the grounds but without any cannabis sales.

And while smoking on the property is not usually permitted for Saturday’s event that rule is not enforced.

In essence, Victoria’s 4/20 celebrations are playing by the rules.

“The Island is definitely more about the message and less of a party celebration,” said Rebneris.

Unlike Vancouver’s event that has been plagued with controversy.

After being denied a permit by the Vancouver Park Board the event with hundreds of vendors and a headliner held on Sunset beach is underway.

More than one hundred thousand people are expected to pass through and it’s not sitting well with a Vancouver city councillor Melissa De Genova who wants to sue.

Though organizer’s in Victoria want to be clear that has never nor will it ever be a problem.

“In Victoria, I think we have done an excellent job every year in cleaning up,” said Smith. 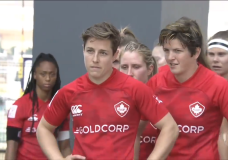 Women's Sevens off to perfect start in Kitakyushu 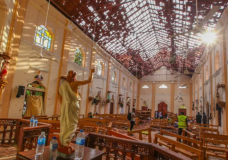