As the conflict in Ukraine continues, so does the flood of refugees leaving the country.

Among those trying to find a way, out are Anna Mizak’s step sister and her boyfriend who live in Lviv.

“They are still in Ukraine because to come to Canada as a refugee you actually need to get a visa before arriving,” says Mizak.

“It’s not like in many parts of the world where you can come and tell them that you’re a refugee.”

Navigating the complicated immigration process has been difficult and if the couple do gain entry into Canada they’ll have to share a one-bedroom apartment with Mizak and her roommate.

It’s why Mizak has turned to Craigslist to try and find a bigger space to house her family.

“I know it’s unreasonable to be there long term,” says Mizak.

“It’s simply not enough space for us to continue living as people, but also for them to establish themselves and assimilate in Canada.”

The struggles facing families and individuals leaving everything behind is what drove Sidney’s Brittany Bazin to reach out on Facebook to collect donations for a Ukrainian family of nine set to arrive on the Peninsula in the coming weeks.

“I started to put the word out, to collect all of these donations because I just feel like we have it so good here,” says Bazin.

Seeing the community support for the refugees has been a bright spot in a very dark time.

“As a community with such a huge Ukrainian population throughout Canada, seeing the love come around and stuff has been really nice,” says Bazin.

Now her focus is on collecting gift cards for food and other household items. You can reach out through Bazin’s Facebook account. 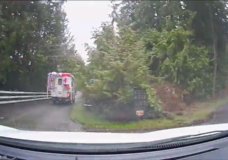 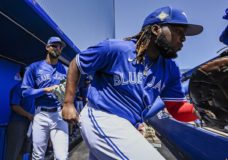