The owner of Island Hothouse near Ladysmith is calling on the federal government to help temporary foreign workers arrive in Canada.

He says the workers are critical to his business’s success.

The vegetable-grower has four temporary workers in Mexico who need the jobs and he needs their expertise and special abilities.

Inside the nearly hectare-sized Island Hothouse greenhouse near Ladysmith workers are struggling to keep up.

Some regular members of their team are missing. Four temporary foreign workers from Mexico, who have been coming for the past decade and know the operations inside-out can’t get to Canada because of new Covid-19 restrictions.

“Today they’ve talked to their border on their side and it’s closed to them so it’s a mutual thing. They’re having issues and they want to support their family,” said Matt Charlton, who owns Island Hothouse.

Charlton says he’s hired more Canadian workers this year but there is still a huge void in knowledge and ability to work in the heat.

“For us, it’s very serious because right now we don’t even have half the greenhouse tended to properly. I can hire more Canadian workers. The issue is I can’t support the wages with the price I get for my produce.”

The BC Agricultural Council says it’s been lobbying the federal government for a solution since Ottawa announced it was closing the country’s borders yesterday.

It’s putting a proposal before the federal government tomorrow.

For Charlton who planted in December and was expecting the workers in mid-February, a decision can’t come soon enough.

“If we start turning away workers that are coming to help our agricultural industry we’re going to cripple ourselves and we’re going to be forced to import food anyways from abroad.”

Charlton says if we believe in food security we should allow the temporary workers in and he says the workers have housing at the farm where they could self-isolate for two weeks. 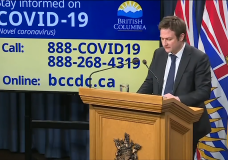 B.C. suspends K-12 classes until further notice due to COVID-19 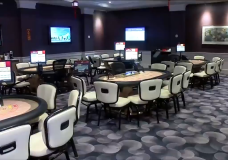