Posted: Mar. 17, 2020 6:36PM
CHEK
WatchBCLC says it would like to enter into discussions with the District of Saanich about a potential site for a new gaming and entertainment facility, according to a March 11 letter obtained by CHEK News.

The B.C. Lottery Corporation appears to be ready to go all-in on the idea of a new casino in Saanich.

BCLC says it would like to enter into discussions with the District of Saanich about a potential site for a new gaming and entertainment facility, according to a March 11 letter obtained by CHEK News.

In its letter, the crown corporation noted Saanich’s “continued interest in a potential gaming facility” and has offered to go over their site selection process with district councillors at a future council meeting.

BCLC’s decision comes after roughly a year after Saanich council voted unanimously to receive more information about a casino in their municipality.

Saanich Mayor Fred Haines told CHEK News that a new casino and entertainment facility would create economic opportunities for the municipality and that there are “certain amenities” that come with having one.

“This is not just a gaming facility,” he said. “This is a hotel, a restaurant, a small-scale entertainment complex that has all those positives around it.”

Haynes said the casino will be located on the “eastern side of Saanich” because Uptown and Gateway Plaza are too close to the existing Elements casino in View Royal.

Asked whether he’s concerned about issues that often come with casinos such as addiction or money laundering, Haynes said mayors in other communities with similar facilities aren’t seeing those issues.

“They’re not seeing the social disruption, they’re not seeing the money laundering and there are tighter controls than ever before. If this was something that we thought would be taken us down a path to harm, then we wouldn’t be entering in this conversation,” he said.

Haynes said it’s unclear when councillors will discuss BCLC’s letter or anything else about new casino, citing COVID-19.

“If I had my way with no COVID, it would be next council meeting,” he said, adding that the district needs to be “responsible” with the coronavirus.

BCLC has been looking to build a new casino in the Capital Region for years. Victoria had been the preferred site for a new casino until recently when that city’s council opted against the idea. 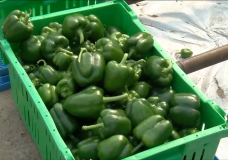 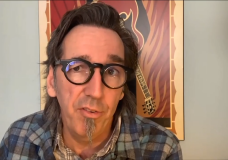 Musicians keep the music alive during the COVID-19 pandemic