November 19, 2020 updated
CHEK
WatchBatten down the hatches and stay home. That's the message from Premier John Horgan today. And he's calling for restrictions for non-essential travel between provinces in a fight to stop the spread of COVID-19 in B.C.

The only travel order currently in effect in B.C. is a recommendation that there not be any non-essential travel in and out of Vancouver Coastal and the Fraser Health region.

“This is certainly an idea that the Maritimes have floated quite successfully in looking at what their numbers are,” Stanwick said.

Dr. Stanwick says many of the island’s cases since September are related to travel.

“We did a review of the data, of 133 cases that occurred between September and November, recognizing that a number of those individuals were associated with travel,” he said.

But Horgan doesn’t necessarily agree with a quarantine.

“My view is that a quarantine on Vancouver Island may not be the best way forward,” he said.

While the premier discounts the idea of quarantine, he says this is no time to be a tourist or any kind of travel. And he’s asking theprime minister for help in limiting travel between provinces.

“We need a pan-Canadian approach to travel. We need to make sure that people in Coquitlam are living under the same rules as people in Chicoutimi, Quebec,” Horgan said.

As of Wednesday, there are still some people travelling. At the Victoria International Airport, a trickle of passengers were heading in and out. The latest figures indicating 38,000 passengers passed through the airport in October, down 76 per cent from 2019.

Cornelia Tan, one of the passengers in the airport, said she just returned from an emergency trip.

“I just came from Saskatchewan. So I was visiting my family there,” Tan said. 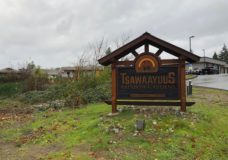 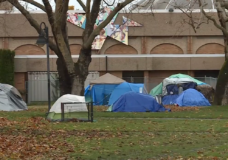