Those in Greater Victoria now have access to another urgent and primary care centre, as Island Health opens its seventh centre at Gorge Road Hospital.

It’s open 8 a.m. to 8 p.m. Monday to Saturday and closed Sundays, and people are encouraged to call to make an appointment.

But some were surprised to hear of the opening, including Alexis Reid with BC Health Matters, an advocacy group campaigning for timely access to a family doctor for British Columbians.

“I was surprised that another urgent care centre opened because we had no idea, and we consider ourselves on the frontlines of this crisis,” said Reid in an interview with CHEK News.

“Rather than open up new buildings, I’d like to staff the buildings that are already there and give the doctors the tools that they need to practice, the way that they want to be able to practice.”

Gorge UPCC patient Ethan Laing says he tried for months to get an appointment with his family doctor, but tells CHEK News it took just minutes to be seen by a doctor at the new clinic.

“I didn’t know there was a new clinic opening up,” Laing said. “Usually, it seems like, ‘Oh, there’s a new doctor’s office.’ This one came out of the blue, really.”

According to B.C.’s Ministry of Health, the Gorge UPCC offers various urgent and primary care services and serves two purposes — to attach patients to the clinic and to provide care for people experiencing non-life-threatening injuries.

“The new urgent and primary care centre on the Gorge means that more people in the region will have expanded access to the team-based, comprehensive health care they need, when they need it,” said Health Minister Adrian Dix in a news release.

The centre operates as part of the Victoria Primary Care Network (PCN) and will eventually house a team of 23.2 full-time equivalent (FTE) health-care providers, including family physicians, nurse practitioners and registered nurses, the ministry says.

It says a gradual opening, however, means the Gorge UPCC is providing a limited number of appointments for people in the Victoria area for the time being.

Like the six other centres on the island, the new UPCC provides same-day services for those who need care within 12 to 24 hours but don’t require an emergency department visit or have access to a family doctor or walk-in clinic.

Previously opened centres include the James Bay and Downtown UPCCs in Victoria, the Westshore UPCC in Langford, the North Quadra UPCC in Saanich, the Esquimalt UPCC, and the Medical Arts UPCC in Nanaimo, which have cumulatively seen more than 250,000 patients.

“We are so delighted to open the sixth urgent and primary care centre in the South Island,” said Leah Hollins, Island Health board chair, in the release.

The new Gorge UPCC is the 28th in B.C. and comes as the province’s health-care system faces ongoing struggles, with many walk-in clinics closing their doors due to a doctor shortage.

Nearly one-million British Columbians do not have access to a family doctor, according to the B.C. College of Physicians in Surgeons. The 2021 census shows the population of B.C. is just over five million.

As part of B.C.’s annual budget and three-year fiscal plan released in February, the provincial government also announced $57 million to increase urgent and primary care centres, building on existing UPCCs in the province. 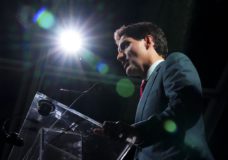 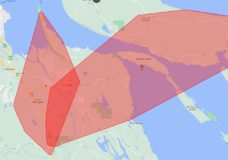 Vehicle collision knocks out power for over 3,000 people south of Nanaimo