Posted: Jan. 20, 2021 7:18PM
CHEK
Watch Investigators are trying to determine if the discharge contained anything that wasn't supposed to be released onto the Cowichan Valley farm.

The province’s conservation office and Island Health are investigating what exactly was in a discharge that was pumped onto a Cowichan Valley farm on Wednesday.

Several neighbours are worried about the discharge, including Jack Hawkins, who has done septic installations and repairs for 20 years.

“I know what the difference between human feces and cattle feces is and if it has fish waste then it would have even a different smell,” said Hawkins. “So no, I truly believe that there’s been septic put into that tank and it’s now out into the fields.”

A complaint led conservation officers and Island Health investigators to the property Wednesday to try to determine what was dumped onto the farm’s field.

They say at this point they don’t think it was anything illegal.

“[We’re] making sure there were no other things . . .  were not allowed to be discharged to the land such as you know there was some information potentially it could’ve been human waste and I think we’re ruled that out at this point,” said Sgt. Scott Norris, with the BC Conservation Office.

But, no matter what has discharged an offence under the province’s Environmental Management Act may have been committed.

“Under provincial law, at this time of the season, in this location, it’s prohibited to discharge manure and nutrient sources to the land,” said Norris.

The property owner told CHEK News the discharge was just farm waste and he believes it was legally done.

Hawkins says he and many other residents are on well water and he hopes investigators thoroughly examine the discharge.

“As long as they can at least test the water there are tributary streams that leave that farm which directly go into the Patrolas Creek which then drains directly into the Kokesilah River,” said Hawkins.

The conservation office says reporting the incident was the right call and anyone who wants to report suspected poachers or polluters can call 1-877-952-7277. 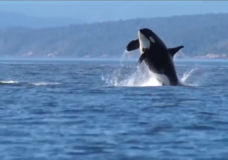 Female orcas less likely to feed when boats are near, study finds 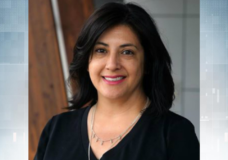