Female orcas less likely to feed when boats are near, study finds

On the surface of the Salish Sea, we see the southern resident orcas for a snapshot in time.

Below, is the world scientists are trying to figure out.

And to do that, you have to listen.

“Things like vessel noise is often hard to understand directly. We’re not sticking our heads underwater. And what we do perceive in terms of underwater noise, can be quite different because these whales are adapted, highly acoustically oriented animals,” said Marla Holt, a research wildlife biologist for NOAA Fisheries.

In the dark depths, orcas rely on echolocation, where they beam an acoustic spotlight of sorts, to find and hunt food.

But for the endangered species whose dinner depends on sound, scientists are finding when vessels are nearby a hunt, it disturbing for the animals. Especially for half the population.

“Both males and females made fewer dives and spent less time in dives involving deep foraging and prey capture, but this effect was larger in the females,” said Holt.

A new study has found if boats are within the range of 400 yards, or 366 metres, southern residents orcas are more likely to stop the hunt, but females, more so.

“It’s a bit alarming given that, of course, we need the females to be successfully reproducing,” said Anna Hall, a marine biologist with the Center for Whale Research.

Scientists cite vessel noise and low prey levels like chinook, a constant threat to the survival of the 74 southern resident orcas left.

This new data, they say, offers a firm benchmark of how close boats should get.

“I hope that this will bring some consistency. We’ve always had distance regulations, but now we can actually implement some meaning and also provide a baseline with which to measure success,” said Hall.

Right now, B.C. has an order currently banning boats with 400 metres of killer whales. Washington state law has that vessels have to maintain 274 metres away from the sides of orcas, and 366 metres away if they’re in front or behind them. Meanwhile, U.S. federal law only requires 183 metres from an orca’s side.

But as a result of the new findings, scientists expect big implications.

They’re hoping it will lay the base for a new North American standard on how we behave near the endangered species, no matter whose water they’re in. 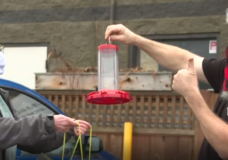 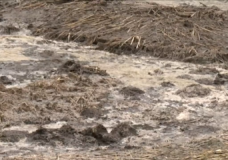