May 14, 2020 updated
Chek
WatchMosaic Forest Management and United Steelworkers have reached deal that sees both calling for a temporary change to federal policy on exporting logs.

Mosaic Forest Management and the United Steelworkers have announced a new agreement that could see the majority of its unionized employees on Vancouver Island back at work.

Under the terms announced by the company and the United Steelworkers union, Mosaic and another shipping facility in Crofton will unionize, impacting 35 workers.

“This is a great deal for Vancouver Island’s very own renewable resource, forestry, and over the years we’ve been working with the United Steelworkers to get a deal that reflects the modern realities,” said Domenico Iannidinardo, Mosaic’s Vice President of Forest & Logistics and Chief Forester.

It’s part of a deal that sees both calling on the federal government for a change in policy to make it easier to sell raw logs internationally.

“There’s a legacy policy that’s managed by the federal government. It applies to private forest lands of which Mosaic has a significant amount that causes uncertainty in terms of end-customers, so the federal policy interferes with us making international contracts,” said Iannidinardo.

Usually, all log sales go through a board that determines whether logs are surplus to the needs of BC mills. If the board deems they are, companies can sell those logs internationally.

Mosaic would like to take the average volume of logs it has sold internationally over the past five years and skip that amount going through the board determination. Iannidinardo says it would make the process more efficient and certain for its international customers.

“That’s the type of volume that would make domestic saw millers to be satisfied and meet the demands of international customers at the same time.”

The union says the requested change is for a short time and it’s vital to get its 650 workers back on the job. The majority haven’t been working for most of the past six months.

“The provision for temporary relief on log export restrictions is just that. It’s temporary,” said Brian Butler, president of the United Steelworkers Local 1-1937.

“We haven’t changed the Steelworker’s opposition to log exports. We do know there are some log exports that are necessary on the coast.”

BC’s premier says while log exports are a divisive issue, he just wants to maximize the value of BC grown logs.

“I think the vast majority of British Columbians as they look at log prices as they look at lumber prices and the significant decline in demand as a result of COVID-19 that the best way forward is that we steward those resources in the best interest of this generation and future generations,” said Premier John Horgan.

The deal still needs to be ratified by union members, at dates yet to be determined. Some parts of the agreement are still being worked out. 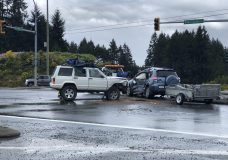 One person seriously injured after Highway 1 crash near Cobble Hill 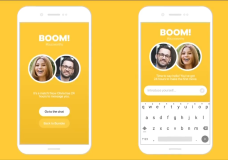 Dating in a pandemic: singles struggle in social isolation