Posted: Aug. 18, 2020 7:01PM
CHEK
WatchVancouver Island demand for at-home learning programs starting in September has jumped this summer in light of the pandemic.

Many parents still aren’t satisfied with the province’s back to school plan and as a result, they have decided to keep their kids home.

It’s still unclear how many parents will go this route but at-home learning programs are filling up fast.

Seven-year-old John Jensen-Vanin is among the students who will be learning at home in September.

For his mother, who works with many seniors at her church, a number of factors related to COVID-19 led her to pull John from Grade 2 at his school this year.

“Especially when I know it’s not developmentally appropriate for them to be wearing masks all the time and hand sanitizing and not touching each other, social distancing not being able to touch their friends,” said Alicia Vanin.

Vanin will be more involved in her son’s education this year through a distance-learning program called Island Connect-Ed, offered through the Nanaimo-Ladysmith School District. And she is not alone.

The district says there have been a higher number of inquiries for the program this year but they don’t have hard numbers.

They’re trying to support families as they decide whether homeschooling will work for their family.

“Lots of families are suddenly feeling uncomfortable sending their children to school and so they’re looking for alternate avenues and because homeschooling has never been on their radar in the past they don’t know where to look. They don’t know what avenues are available to them,” said Cavan.

But families still sitting on the fence are also losing out on some options.

Some distance learning programs in BC have already filled up with waitlists far in excess of normal.

“This year we had originally intended to have a 50 to 100 person waitlist and as of today it’s closing in at 1,300 so roughly 20 times more interest than usual,” said Amber Papou, SelfDesign Learning Foundation‘s CEO.

The foundation’s enrollment numbers have been increasing ever since the BC government announced in late July that in-class instruction would resume in September. 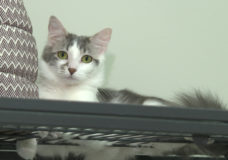 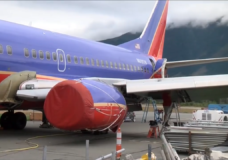