Port Alberni’s Coulson Aviation takes pride in designing and implementing the largest modification ever done to a Boeing 737.

It has already converted six planes into air tankers for firefighting and is currently working on another one, a former Southwest Airlines 737-300 at its hangar at the Port Alberni Airport.

“It gets the firefighting tank conversion and the whole airplane gets converted inside and out and so the conversion process from airliner to air tanker takes us about 60,000 man-hours,” said Britton Coulson.

Coulson has also converted former US Army helicopters and its services are in demand around the world.

Sixty per cent of its business is in the United States, 30 per cent is in Australia and 10 per cent is split between Indonesia and South American.

But the Vancouver Island company isn’t fighting any forest fires in B.C. or Canada and hasn’t for years.

“B.C. felt that we didn’t have the necessary experience to be able to fight fires in B.C. so we got kicked out of the bid [two years ago] even prior to evaluating the aircraft types or anything,” said Coulson.

He says it’s much more political here than in other countries “where they just want to put out the fires.”

The name Coulson is synonymous with the MARS water bombers and while the MARS firefighting days are likely behind them, the bombers are both still operational and one might still have some life left.

“We’re still working on moving one to a museum to preserve the history and we’re actually looking at getting one going again to do some aerial tours and some sightseeing and fly around and do the airshow circuit with,” Coulson added.

The tours would likely be under FAA certification and only offered in the US.

The company has also recently purchased four former US Customs and Border Patrol planes surveillance planes that will be converted into firefighting intelligence aircraft. 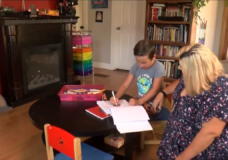 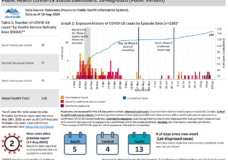