The E&N rail line running through Snaw-naw-as (Nanoose) First Nation near Nanoose Bay will remain the property of the Island Corridor Foundation but it now has a timeline.

That was the decision of the B.C. Court of Appeal in a two-to-one split decision between the three justices.

The Snaw-naw-as First Nation wants the 10-acre right-of-way, that goes through their reserve, to revert to their land, arguing that it should because of how long it’s sat idle with little signs of any real plan to revive rail.

Passenger service shut down in 2011 — with only a section in Nanaimo still used by an industrial customer.

The justices had to consider new evidence and arguments the Supreme Court erred on whether the right of way was actually required for railway purposes.

They ruled the line’s future use is undetermined but gives the First Nation an option to bring the issue back to court if government funding can’t be secured to restore the rail line in 18 months.

Larry Stevenson, the CEO of the Island Corridor Foundation, commends the court for the decision saying it appears to be a positive decision but he wants more time to properly assess the more than a 100-page decision and its implications.

In a statement, the First Nation says it supports the decision “to return its long-alienated reserve land in 18 months unless the federal government decides to fund the resurrection of the E&N Railway,” which it notes is estimated to cost taxpayers in excess of $728 million before starting to operate. 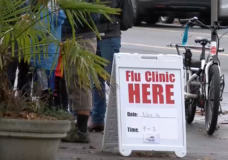 'It's not just about you': Experts warn of upcoming influenza season, urge public to get flu shot 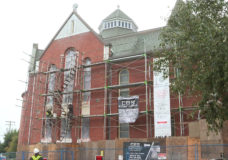