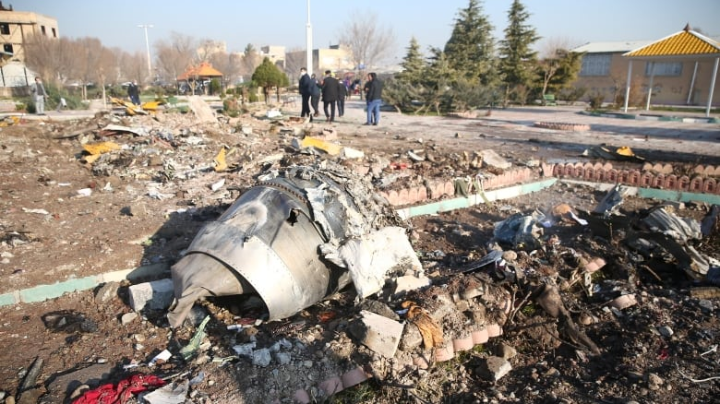 Nazanin Tabatabaee/WANA/Reuters
Debris from the Ukraine International Airlines plane that was shot down near the outskirts of Tehran.

OTTAWA — The head of the Transportation Safety Board says Canadian investigators have left Turkey for Iran to probe the downing of a Ukraine International Airlines plane last week.

TSB Investigators are seeking access to the plane’s flight data recorders, known as the “black boxes,” to help with the work being led by Iran’s civil aviation authority.

The chair of the Canadian investigation body says Iran has been exceeding international requirements for such investigations.

Kathy Fox says she expects Canadian investigators will have access to the crash site outside Tehran and to the remains of the plane, which are being reconstructed elsewhere.

Iran admitted over the weekend that one of its own missiles took down the Boeing 737-800, but called it a horrible mistake.

All 176 on board were killed, including 138 people who were headed for Canada.

Champagne tweeted Monday afternoon that all visas had been approved for investigators and Canadian consular officials who are helping grieving families.

Fox would not release the names of the investigators, citing security reasons. That’s an unusual precaution.

Doing so would remove a legal obstacle and enable Canadian victims to sue the Iranian government under the Justice for Victims of Terrorism Act.