The doors and windows of this Vallejo Road home will remain boarded up until investigators arrive after the long weekend to try to determine the cause.

One neighbour says she arrived home at the same time as the woman who lives at the home and both saws the smoke. The woman had just been grocery shopping for no more than an hour.

“And that window on the other side blew out and the flames were very high,” says neighbour Penny Lacroix. “But the Fire Marshall told me that they don’t have natural gas so ‘don’t worry’ because lots of other places around here do.”

Campbell River resident Steve Ostler saw the smoke and went to the house to take some video. “(There was) smoke rolling out from under the eaves right near the peak of the roof and then a couple little pops and it broke through and away it went to the races.”

No one was inside when it started. Neighbours say the Campbell River Fire Department knocked the fire down fairly quickly but the damage is still significant. The department says six kids, ranging from about 6 to 14 years of age, their parents and two cats lived there.

“They were just so devastated,” says Lacroix. “It was really hard to see that. I could feel the heat from my porch.”

The fire chief says it appears the blaze started in the kitchen. The home was insured.

“Luckily no one was hurt but still all of their treasures and possessions have been lost in this fire pretty much,” says Fire Chief Ian Baikie. “So certainly a sad situation for that family to be in.”

The fire department says the family is staying at a hotel for the long weekend and it’s making arrangements for what will likely be months before their home will be in a livable state again. 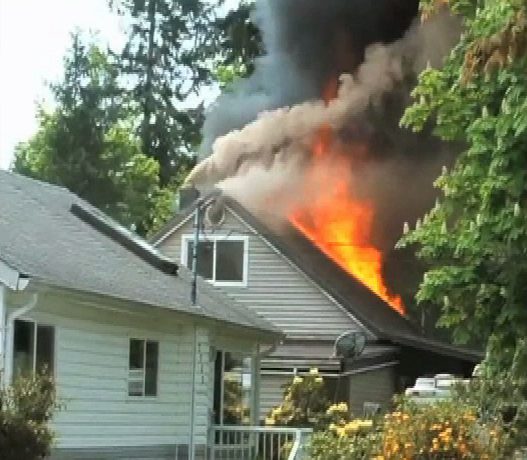 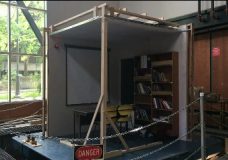 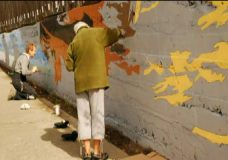