Graham Hilliar tossed a minnow trap into Courtenay’s Wildwood Marsh Saturday, concerned about what it may catch.

An invasive species called the Pumpkinseed Fish, an aggressive eater, has just been found in the remote water source that releases to neighbouring creeks and salmon-bearing rivers.

“Yeah quite surprised to see them in there and they could compete for food sources for the salmon and they can survive with less oxygen,” said Hilliar, a volunteer with the Tsolum River Restoration Society.

The first of the Pumpkinseed Fish were caught in Courtenay’s Smit Creek earlier this summer by chance when volunteers put out traps for minnows, hoping to see if any salmon had returned to the area. Instead, they caught dozens of the invasive fish.

“And that got me curious so I set traps further up the Smit Creek and up into Wildwood Marsh where I captured about 86 in one trap,” said Hilliar.

The Tsolum River Restoration Society is now trying to find out how big the problem has grown. Saturday’s check in by Hilliar turned up the biggest fish yet, nearly the size of his hand, found dead in the reeds.

“When you find one there’s going to be more so and we don’t really know how long they’ve been here so there could be larger adult ones that we can’t catch in the small minnow traps,” said Hilliar.

Kris Oetter lives near Wildwood Marsh and is worried about the impact the fish could have on the coast’s struggling salmon.

“The native species are under pressure from so many different things, it’s just another one of them,” said Kris Oetter.

There’s a reason for concern. The Smit Creek, where the fish were first found, lets out into the Tsolum River which then joins up with the Puntledge and Courtenay Rivers. Furthermore, there’s also no way of knowing how far the invasive species has spread by now.

The Tsolum River Restoration Society suspects this may have all begun with someone dumping unwanted fish from a backyard pond into the marsh or creek. 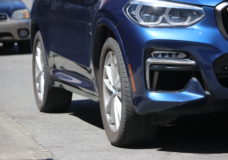 Environmental activists are deflating tires on SUVs in Greater Victoria 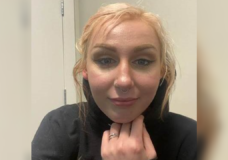