Environmental activists are deflating tires on SUVs in Greater Victoria

A Greater Victoria father is speaking out after his pregnant daughter had her tires deflated by a group of environmental activists.

Bob Kennedy said his daughter, who is eight months pregnant and lives in Oak Bay, came out to her vehicle on Friday morning and found that the tires had been purposely deflated sometime overnight Thursday.

“It boggles my mind,” he told CHEK News.

Kennedy’s daughter was not the only one in Oak Bay and Victoria to have their tires deflated. More than two dozen others in the region also had their tires purposely by a group calling themselves the Tyre Extinguishers.

On some of the affected vehicles, the group left fliers with a message that said “It’s not you. It’s your car.”

According to their website, the Tyre Extinguishers is a worldwide “direct action environmental group” demanding more action on climate change. Their sole mission is to eliminate SUVs and make it impossible to own a “huge polluting 4×4 in the world’s urban areas.”

“We are taking action because, like so many British Columbians, we have felt angry, powerless, afraid, and overwhelmed at the global scale of the climate crisis,” said The Tyre Extinguishers in an emailed statement to CHEK News.

Oak Bay Police have only confirmed eight reports of vehicles with flattened tires and Victoria Police say they are investigating the matter.

Kennedy said fortunately his daughter was able to inflate the tire quickly and didn’t need her car urgently. However, he wonders what might have happened had she, or anyone else who had their tires flattened, needed to be somewhere in a hurry.

“What would happen in the middle of the night if they suddenly had to get up to go to the hospital?” said Kennedy.

On their website, the Tyre Extinguishers wrote that those deflating tires should avoid cars that are “clearly used for people with disabilities.” They also say they are targetting SUVs due to the vehicle’s climate impact and have an entire page dedicated to identifying SUVs.

CHEK News spoke to one resident who said she had to replace her back tire. Kennedy says he’s also heard of other people following suit.

“There goes your environmental argument because now people have to go out and buy more tires,” said Kennedy.

The Tyre Extinguishers have claimed responsibility for flattening tires in countless communities throughout the United Kingdom as well as in New York City, Sweden, New Zealand, France and Waterloo, Ont., and are planning to hit other Canadian cities.

“We expect to form groups in many other Canadian cities soon,” said Tyre Extinguishers in an email to CHEK News.

Oak Bay police are asking any witnesses to come forward with information. A file is open with the department: 2022-2312

Debut action for Tyre Extinguishers of Victoria as they take action across the Ontario Capital Region.

Actions now happening in both the east and west of Canada! pic.twitter.com/HRZBLymm3Q 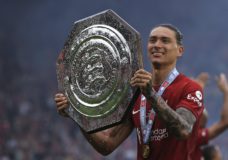 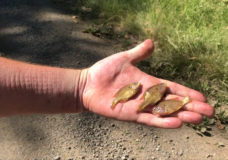