WATCH: An investigation is underway tonight, after a couple of bizarre and brazen carjacking attempts in Saanich. A man tried to force his way into vehicles at two different locations, attacking the drivers and causing extensive damage. Tess van Straaten reports

Saanich police says a 29-year-old man is in custody for attempting to carjack two vehicles Sunday night, leading to injuries and damage to multiple vehicles.

At around 8:30 p.m., police say the suspect walked into the gas pump area at an Esso station on Douglas Street and Tolmie Avenue and approached several vehicles.

When one person finished pumping gas and climbed back into his black sedan, the suspect opened the driver’s door and tried to force his way in.

After a struggle with the driver, who got help from several witnesses, the suspect fled on a bike.

Saanich police says a short time later at a nearby Tim Horton’s parking lot, the suspect then approached a Honda Civic occupied by a man and his daughter.

The driver’s door was opened and police say the suspect assaulted the father, who lost control of the car as it backed into a parked tow truck.

The car was then bumped into drive and struck three other cars, drove over a garden bed and tree then hit a retaining wall where it finally stopped.

Police say witnesses also came to the aid of the driver and held the suspect on the ground until police arrived.

The father and daughter were both taken to hospital to be assessed and treated for what are believed to be minor injuries.

Police say the suspect was arrested for two counts of robbery and is scheduled to appear in court Monday.

“Although we never want people to put themselves in harm’s way, the courageous actions of everyone who intervened during this dynamic and dangerous situation, likely prevented further injury and damage as a result of this man’s actions,” Saanich Police Public Information Officer Julie Fast said in a statement.

Police are still investigating and would like to speak to the first attempted carjacking victim from the gas station.

Anyone with information of the incident, or of the driver, is asked to call Saanich police at 250-475-4321. 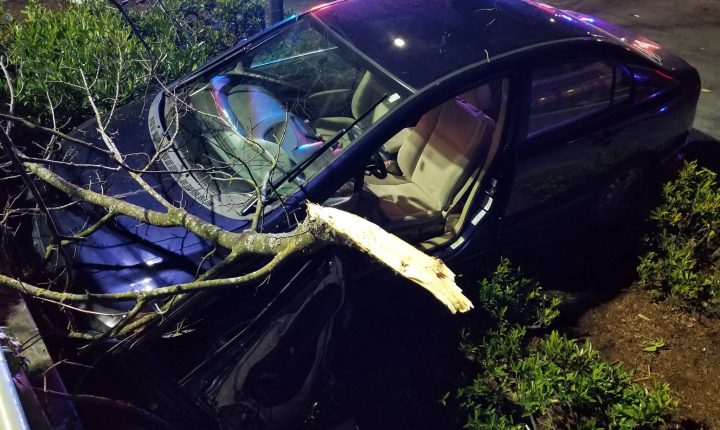 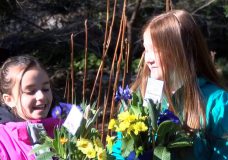 Spring kicks off with unseasonably cold temperatures on Vancouver Island 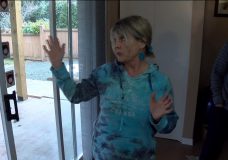