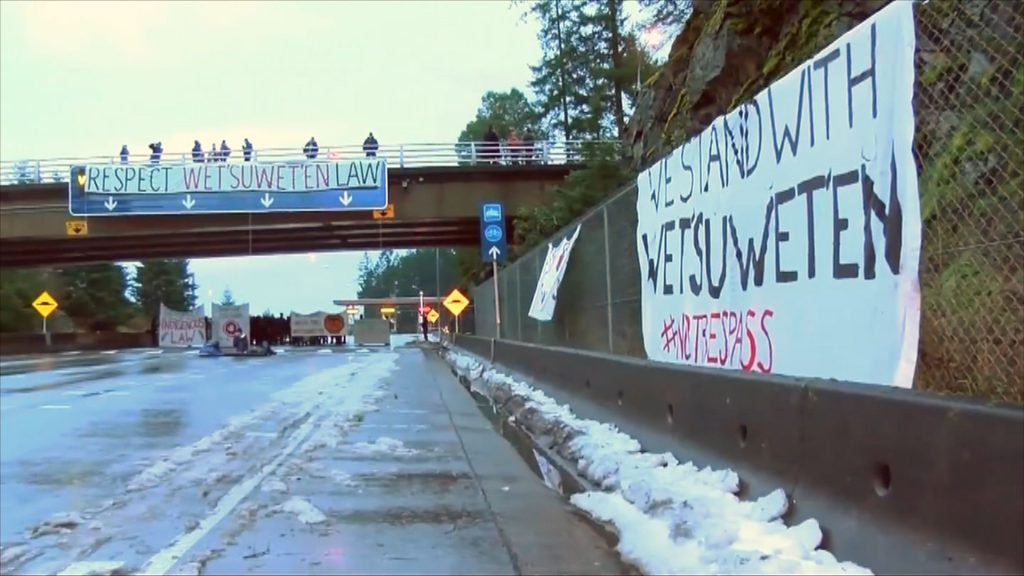 CHEK
Protesters block access to the Swartz Bay ferry terminal Jan 20, after a call to action by some Wet’suwet'en First Nations members who are against a Coastal Gaslink project.

An injunction has been granted for BC Ferries, barring protesters from blocking access to all of its terminals.

They say it was requested after they heard a blockade could be set up at the Swartz Bay terminal Saturday, during the busy Family Day weekend.

On Jan. 20, protesters caused severe delays at the terminal after setting up a blockade in support of the Wet’suwet’en hereditary chiefs opposing a northern B.C. LNG project.

“We have seen on social media there was some talk about some protesting at Swartz Bay,” said Deborah Marshall, spokesperson for B.C. Ferries.

“We certainly respect the right for individuals to let their options be known, our concerns is for our customers and employees to have safe and unimpeded access… and this is family day weekend, there are some travelling for leisure some for medical access so we want to keep the ferry flowing.”

The injunction was granted Friday by the B.C. Courts. If demonstrators block access to the terminals police will be able to remove protesters.

B.C. Ferries says there are designated areas set up at terminals.

“It’s so that demonstrators can be visible and let their views be known,” added Marshall.

“On Feb. 9 there was a demonstration at Alert Bay and they did not interrupt service.”