British Columbia’s independent police watchdog has launched an investigation after the death of a woman in a police shooting incident in North Vancouver.

The Independent Investigations Office says the RCMP reports it responded to a call Saturday night of a woman allegedly attempting to harm another person at a residence in North Vancouver.

The office says in a statement police also reported a woman believed to be the same person was allegedly breaking into another residence.

The IIO says an interaction occurred and police fired shots.

It says emergency health paramedics attended the scene and transported the woman to hospital, where she was pronounced dead.

The IIO is asking people who may have information about the incident or dashcam or video footage to contact their witness information line.

This report by The Canadian Press was first published Nov. 13, 2022. 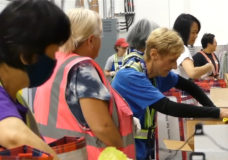 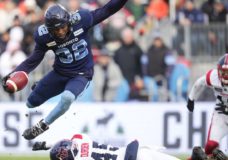 Argonauts down Alouettes 34-27 to advance to Grey Cup game