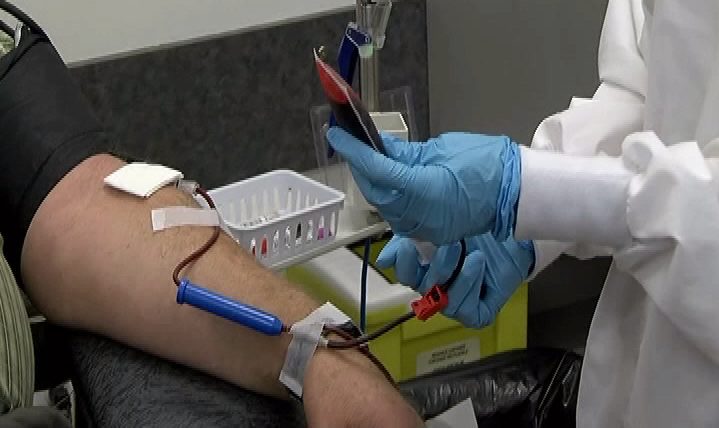 A Nanaimo man rolled up his sleeve Tuesday to mark a big milestone — he gave blood for the 450th time, and now he’s encouraging others to give too.

Dave Kirk has been donating blood for around 50 years.

“It was after rugby practice,” Dave told CHEK News, recalling his first time ever donating. “I believe it was in 1971.”

In an interview, Dave said donating blood should be a natural, regular thing everyone does. “So it’s just a matter of, why not?” he said.

All these years and clinic visits later, it’s the question motivating Dave to give blood every eight weeks — and his wife, Maureen Kirk, every 12 weeks.

“She has 173 donations, and there was a time a couple of years ago when between us we had exactly 600 donations,” said Dave. “Now we’re at 623 and counting.”

But for the couple, giving blood is at the heart of their relationship — and it helped to give it a pulse back in the early ’80s.

“It was kind of a dating thing … We would treat ourselves to a nice dinner somewhere downtown, usually The Keg after donating,” said Maureen.

Dave and Maureen, both retired, used to live in Burnaby, and at the time, Dave says he would frequently donate at a clinic in Vancouver.

“You could donate platelets there … every two weeks up to a maximum of 24 times a year. So, for a number of years, probably 10 or 15 years, I was donating every two weeks,” he said. “And part of that’s just being healthy enough to do so.”

Dave has O+ blood, which is the most common blood type.

He says staff at the Nanaimo clinic were “taken aback” this week when finding out it was his 450th donation, but he’s confident others have beaten his record.

“I am incredibly proud of Dave and his dedication to being a regular donor,” said Maureen. “I agree that it’s an indication of how lucky both of us are with our great health that we’re able to continue to do so.”

“I’m incredibly proud of him,” she reiterated.

Now, Dave and Maureen are pushing for others to follow in their footsteps.

Canadian Blood Services says more than 2.6-million Canadians have donated blood, plasma or platelets since 1998, but numbers have plummeted in recent years.

In June, Rick Prinzen, the non-profit’s chief supply chain officer, said the number of people across Canada who donate regularly has decreased by 31,000 donors since the start of the pandemic.

“Patient lives depend on new donors coming forward,” said Rick. “Donors are vital links in Canada’s lifeline who improve the lives of patients every day.”

Highlighting the positives of donating, Dave also compared getting a tattoo to giving blood and said the latter “doesn’t come with any regrets.”

“Sometimes, when you get a tattoo, there are a lot of regrets attached to it,” he said with a laugh. “And this is one needle instead of a whole bunch of needles, and it’s free, and you get treated well by the staff there.”

More information about donating blood can be found online. 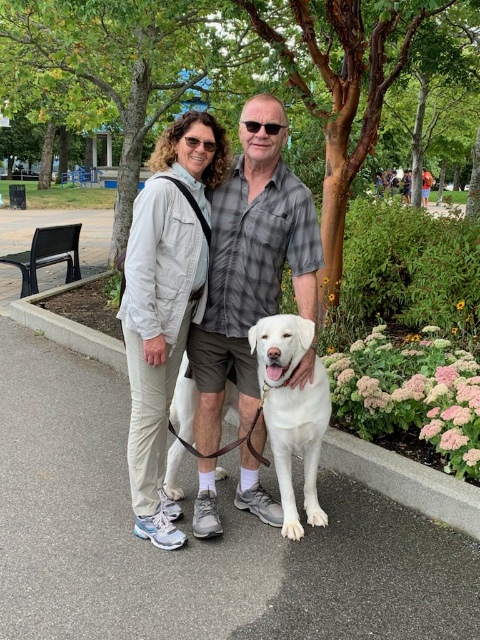 Maureen and Dave are seen in a photo with their dog, Rosie. (Photo supplied) 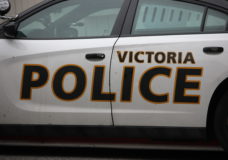 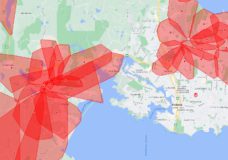