With a little luck and some much-needed wind, 77-year-old sailor Jeanne Socrates could complete her around-the-globe voyage Wednesday.

Socrates has been at sea since October 2018. This is her third attempt at circumnavigating the world. In 2013, she became the oldest woman to single-handedly circumnavigate the world on a solo journey, which earned her a Guinness World Record.

If she completes this latest journey she will become the oldest person to accomplish the same feat.

As of Tuesday afternoon, the sailor and her 38-foot sailboat named “Nereida” were near Barkley Sound.

“There’s a very light northerly wind, and she’s coming across it slowly, only doing two or three knots,” said John Green, past commodore of the Royal Victoria Yacht Club.

Green has been tracking Socrates journey.

“It should be celebrated worldwide because this is monumental what she’s doing,” he told CHEK News Monday.

Socrates says her vessel is covered in tape and glue from the non-stop repairs she’s had to make since setting sail.

“The number of things that have gone wrong that have needed fixing, I’m absolutely staggered,” she says.

Early in her adventure, her mainsail ripped which took her five months to repair. She’s had problems with her solar panels, her steering, and now in what could be her final day at sea, she says her steering cable is frayed and broken and barely holding together.

Socrates’ friend Steve Illman has been speaking to Socrates throughout the journey.

“One challenge after another, where most people would’ve just pulled into the nearest port she kept on going,” Illman says.

It’s unclear when exactly Socrates will arrive in Victoria but the sailor says it could be as early as Wednesday afternoon.

Friends like Green and Illman say they plan on organizing a flotilla that will meet Socrates around Race Rocks and will sail the final leg with her.

The two hope members of the public line the breakwater and the inner harbour to cheer Socrates to the finish line.

Socrates says when she finishes she hopes to have a bath along with a caesar salad, some good cheese and a glass of wine. 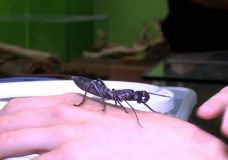 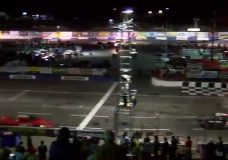