There is a lot to see at the Victoria Bug Zoo, from spiders to beetles and everything in between. You will find about 50 different species and hundreds of thousands of individual animals.

“We have a giant ant colony so millions probably,” said Jaymie Chudiak, general manager at the Victoria Bug Zoo.

And they just got a few more. Inside plastic containers, there are about 30 little crawlers known as vinegaroons or whip scorpions.

“They’re really gentle sweet animals. They do have little pinchy claws at the front and they can squirt vinegar out of their butts, which is really impressive,” said Chudiak.

They also got a few millipedes.

They’re all rescues from a home in Surrey where thousands of them, along with other exotic animals like spiders, scorpions, snakes, and turtles, were found in horrific conditions and seized.

But after some love and care, the vinegaroons are now up for adoption.

“They’ll just spend most of their time burrowed into the soil and they will come out every once in a while to look for some food,” said Chudiak.

There is a bit of a catch though because the animals were all hoarded together. Many of the females could be pregnant and it’s not just one or two babies they have it can be hundreds.

“You start off with a couple of arachnids and suddenly you have a thousand so we are asking that if any of our ladies end up being pregnant that they contact us,” said Chudiak.

They are also not giving any one person more than one or two in order to prevent any accidental hoarding situations.

As for the millipedes? They’re at the Zzoo to for you to look at, touch and even hold, but in Canada, it’s illegal to have them as pets so despite their many, many legs, they’ll be staying put. 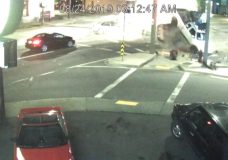 'I still hear the noise': Bay Street crash victim recalls moment of impact as community steps up to help 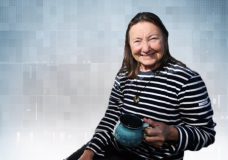