Posted: Oct. 4, 2021 6:58PM | Last Updated: Oct. 5, 2021 9:21AM
CHEK
WatchPolice are recommending three counts of sexual assault against Victoria driving instructor Steve Wallace. It will now be up to Crown Counsel to determine if Wallace will be charged with any crime. Kori Sidaway has more.

“My sister’s friends and then their friends knew people, I’ve had messages as early as the ’70s,” said Oye. “It was just really exciting to see something happening so quickly.”

Documents Oye says were sent to her by a Victoria Police constable show that police are recommending three counts of sexual assault to crown counsel: one from 2011, and two from 2021, including Oye’s.

“I was alone in a car with this person. It was a huge abuse of power, and they [Victoria Police] categorized it as sexual assault because of that,” said Oye.

Oye, who is 18, says during a private driving lesson Wallace said “I love you” about 15 times, and repeatedly touched her hand and shoulders without consent while he was talking.

“I recall backing up in a parking space at the Save On Foods arena turning back to look where I was going and he told me to put my arm behind his headrest as if we were on our first date,” Oye recounted in her post to the Wallace Driving School Victims on Instagram.

“He spoke lots about how mad he was that he was just meeting me now, he said that the other instructors wanted to “keep for themselves”.

As per the undertaking documents, Wallace was required to report to a bail supervisor before 4:00 p.m. Monday (Oct. 4).

There are also other conditions listed including notifying his bail supervisor of any change in address, occupation, or employment, and Wallace must not give driving lessons to women unless a third party is present.

“Over the past several weeks, ICBC has taken direct statements from individuals who have made allegations of unconscionable conduct, including sexual harassment, against Mr. Wallace. As a result of the findings of ICBC’s investigation, we have made the decision to permanently cancel Mr. Wallace’s driver instructor licence, subject to a 30-day window for Mr. Wallace to appeal,” said ICBC in a statement to CHEK News.

Prior to police recommending charges, in a statement to CHEK News Wallace was apologetic.

“I am truly sorry I did anything that caused anyone to feel uncomfortable. Learning to drive is a process where confidence is gained in a short period of time. I am in a position of trust, and I am aghast to learn my actions and words are seen as a breach of that trust.”

In the police undertaking agreement, Wallace also must not have any contact with the three alleged victims. It’s something Oye was relieved to find out.

“He does know where I live, that’s where he did pick me up and drop me off for the lessons, which is obviously a scary thing to know right now,” said Oye.

The undertaking documents also show a tentative court date of  Nov. 25, 2021. However, one criminal lawyer says that date isn’t set in stone, and is still subject to if crown counsel approves the charges suggested by police.

“In British Columbia, the police don’t charge people with offences they would do an investigation and they can make a recommendation but that’s really the extent of it,” said Michael Mulligan, a criminal defence lawyer in Victoria.

“You’d want to be careful not to assume that the person that was issued an undertaking is either guilty of any offence or indeed that they’re going to be charged with an offence, neither of those may occur.”

For Oye, she’s hopeful, that even police recommending charges to Crown counsel is a sign things are changing.

“It’s been really empowering to know that it’s not just going to fall into the pile of unfounded cases and it’s actually going to be investigated, as all of them should be,” said Oye.

Victoria Police, have been unable to confirm any of the information.

Wallace has not been charged with a crime and none of the allegations have been proven in court.

If you have been a victim of sexualized violence, you can contact the Victoria Sexual Assault Centre. 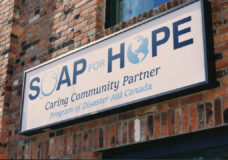 CHEK Upside: Victoria charity gets national exposure with Our Canada 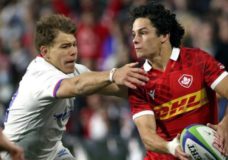