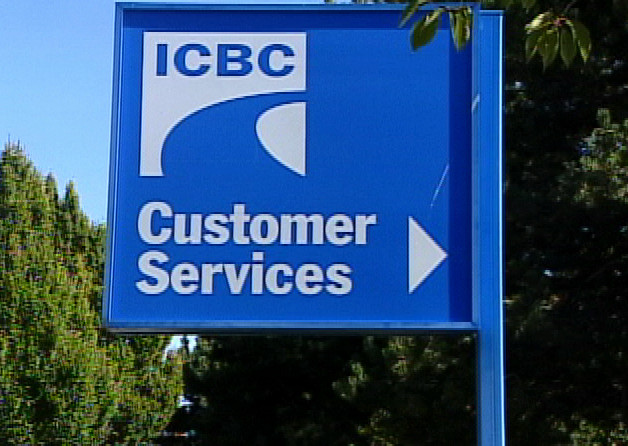 ICBC is projecting more than $1 billion loss for the year. File photo.

ICBC said Thursday that the rising costs of claims, particularly litigated injury claims, has led to a net loss of $860 million for the first nine months of the current fiscal year.

The corporation also said it is now projecting a year-end net loss of $1.18 billion. Last year’s deficit was $1.3 billion.

According to ICBC, the ongoing net losses are driven by increased claims settlement costs and “aggressive pressure from plaintiff counsel which is leading to higher settlement demands and slower claims closure rates.” The corporation also said there has been an increase in the number of large loss claims, in particular, large loss injury claims from prior years that grow in cost.

ICBC said plaintiff disbursement costs have increased by “with an increased use of medical experts which, in almost all cases, ICBC is responsible for paying for.”

“A review of 1,200 selected injury files in excess of $100,000 and within three months of trial found that, on average for these files, plaintiff counsel had more than six medical experts per file, many with overlapping skills – more than the Canada Evidence Act allows without leave of the court in any civil or criminal matter where federal law applies,” the corporation said in a release.

ICBC said as of Dec. 31, 2018, ICBC had approximately 5,600 pending large loss claims – an increase of 34 per cent over 2017 – currently costing approximately $490,000 each. The corporation has approximately 110,000 open injury claims which are currently estimated to total at least $7 billion. ICBC’s estimate for its total unpaid injury claims – including those claims which have not yet been filed – is estimated to be even higher than that, in excess of $12 billion.

“To compound these claims pressures, ICBC’s investment income – which is relied on to help mitigate the pressure on insurance rates – has been unfavourably impacted by lower than expected capital gain and income distributions from pooled equity funds and asset impairments,” the corporation said.

Thursday’s release comes one day after a review of legal cases involving British Columbia’s public insurer found that despite longtime criticism, ICBC does not make inappropriately low settlement offers with the effect of driving claimants to retain lawyers and then unnecessarily pushing lawsuits to trial.

Instead, the review says the longer a claim takes to reach a resolution, the more it costs, and it blames the difficulty of getting prompt trial dates and loose deadlines for filing court material as factors.

The review, which was done after ICBC saw significant increases in motor vehicle accidents, as well as jumps in the number and severity of claims, the number of claims involving litigation and higher costs from them over the past six years.

The review recommends compelling claimants to give more in-depth descriptions of their claims before they launch lawsuits and shortening the limitation period to 18 months for an action to begin.

It also recommends implementing a roster of independent, qualified medical experts as a source of objective assessment for soft-tissue injuries like whiplash.

B.C. Attorney General David Eby said Thursday that until major reforms kick in on April 1, ICBC’s financial situation “remains critical and is worsening.” The reforms include a limit on pain and suffering payouts for minor injury claims at $5,500 and a new dispute resolution process. ICBC said the reforms will help save approximately $1 billion per year and allow for increased care for anyone who is injured in the crash.

“The corporation’s $860-million loss for the first nine months of the year is $273 million higher than expected. ICBC is currently on track to record a $1.18 billion loss for 2018-19, compounding the blow of last year’s $1.3-billion deficit,” Eby said in a statement.

“Losses of this magnitude are unsustainable and unacceptable. They are especially frustrating given the opportunity British Columbia had to avoid these losses if the upcoming reforms had been implemented years ago when they were first recommended, instead of being buried by the previous government.”

Eby also echoed ICBC’s statement of increased costs of personal injury claims, which have increased 43 per cent in the last five years. ICBC estimates the costs reached $3.67 billion in 2018.

“This trend is being exacerbated by the current gaps in the system which allow, for example, the use of almost unlimited experts who prepare costly reports in litigation that lasts for years, all paid for by drivers. Over the past year, the increasing use of expert reports has contributed to inflating ICBC’s settlement costs by 20%. We will act to address this issue,” Eby said.

Almost half of each litigated settlement is now being absorbed by legal expenses. This includes lawyers’ fees, estimated contingency fees, the costs of securing and paying for expert witnesses, and the costs of delay. The reforms that will come on April 1 will fix much of this broken system. However, until staff are hired and trained and new systems come online, we are stuck under the old system. It is also important to remember that crashes that happen before April 1 will continue to be handled under the old rules.”

Eby added that plaintiff lawyers are not at fault and “are operating according to the rules of a system that has devolved over years of mismanagement by the previous government.”

“To keep auto insurance affordable and make sure injured British Columbians get the appropriate care they need, we must bring this broken system under control,” Eby said.

The provincial government will have more details on how it intends to deal with increasing legal administration expenses.” 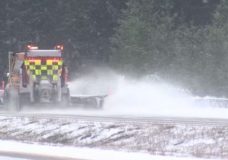 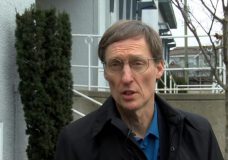 Sidney mayor who admitted to overspending during campaign to retain seat