‘I proved them wrong’: 74-year-old dyslexic UVic graduate walks the stage with five writing majors in the books

The University of Victoria held the Faculty of Fine Arts Spring 2022 convocation on Wednesday and for one graduate there’s a lot to be celebrating.

At 74 years old, Jim Johnston is closing a huge chapter in his life, 16 years of post-secondary education and five writing majors later.

But how he got to this point is what makes today so special, and it starts in his early childhood.

“The first day I went to school I was left-handed and I was going on the swings, I come off and Mrs. Clark grabbed me and said you’ve been cursed by the devil, I’m going to drive the devil out of you and make you right-handed,” says Johnston.

Johnston holds Metis status and is also dyslexic, but he wasn’t diagnosed until much later in his life.

Johnston was told there was a 90 per cent chance he would never read and write, information that didn’t sit right with him.

“Society, all my life has put me in a box. So, I proved them wrong,” says Johnston.

But more obstacles would come. In 2010, he was hit by a drunk driver and suffered a serious brain injury. But to the graduate, anything is possible if you put your mind to it and on Wednesday it showed. The university tells him he’s the first to accomplish such a feat.

“I just want to make the world a better place, it shows that it doesn’t matter how the system beats you down, and if you’re dyslexic, or if you have native blood, or anything,” adds Johnston.

His five majors include fiction, non-fiction, playwriting, movie and screen.

“I’m the type of writer where I have to be happy and I’m a happy person. Sometimes I laugh so hard my renters come down, I fell out of my seat and they wanted to see if I was alright but I was just laughing at my own jokes,” says Johnston.

While Wednesday’s convocation means Johnston is turning the page and embarking on a new chapter, he says he will forever cherish the family he’s made at UVic. 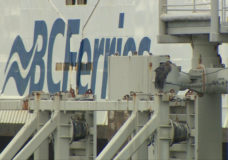 BC Ferries wants 150 unvaccinated workers back on the job 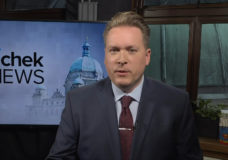