‘I looked up and trees started moving so I turned and ran’: Saanich man recounts close call with mudslide

One resident along Arbutus Cove is missing half of his backyard today after a mudslide ripped down his property onto the beach below him.

Jan Visser has lived in his home for over 30 years and has been expecting a slide to happen after noticing cracks in his lawn some time ago.

“The chair that I bought was standing right here,” says Visser as he looks off the edge of his missing staircase.

The aftermath is a terrifying sight, but for Adam Leclair, watching it happen left him shaken.

“I looked up and trees started moving so I turned and ran,” he says.

Leclair was taking a walk along the beach when he heard what he thought was something rustling around in the trees when all of the sudden the hillside started to move, right towards him.

“When you look up and all of the sudden the world looks like it’s moving, there’s a moment when you stop and you’re like, wait what’s actually happening? Am I in danger? Oh yeah, I should probably run,” says Leclair.

Adding, he’s thankful his five-year-old daughter stayed home and if she had been there it could have been a very different evening.

The Saanich Fire Department was called and quickly taped off access to the beach, then Saanich Engineering crews were back Thursday morning to assess the damage.

“There is an area of concern and we are going to be engaging a geotechnical engineer to assess that area and we are also asking property owners that if they have concerns to engage with an expert as well,” says Harley Machielse, the Director of Engineering with the District of Saanich.

The beach is expected to be closed for the next couple of weeks and there is no firm plan yet as to how it will get cleaned up. The cause is still to be determined, but the amount of rainfall over the last couple of weeks, officials say likely played a big role. 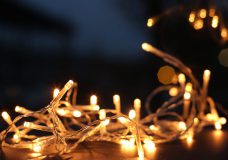 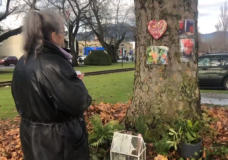